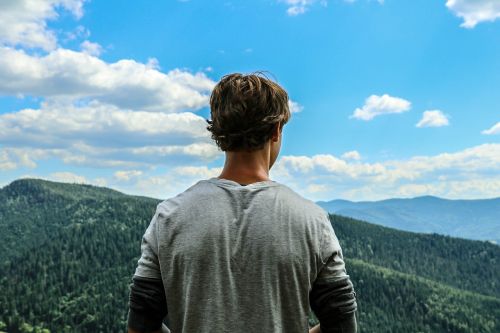 When it comes to the world of prepping and survival, there are a lot of different strategies and concepts to learn. Although often used interchangeably by beginners, this article will primarily discuss preppers versus survivalists: what’s the difference?

In order to do that, we’ll first define each term as we see it and provide some examples of each type throughout history. We’ll suggest some of the top experts for each and point out some of the similarities and differences between the two types.

What is a Survivalist?

We’ll start first with the term “survivalist”. A survivalist is someone who specifically gathers knowledge and skills that will help them survive by relying on whatever natural resources might be available to them.

People who practice survivalism have been around as long as anyone can remember. Native Americans in the U.S. were survivalists. Early survivalists in history who shared their knowledge include people such as George W. Sears (Nessmuk) and Horace Kephart.

Some pioneers who traveled hundreds of miles with entire families in horse drawn wagons but knew not to rely only on supplies they could carry were survivalists. The hunters/trappers of that early pioneer period were survivalists. This is also sometimes referred to as bushcraft or wilderness skills.

Survivalists are focused on mastering the skills that enable them to live off the natural resources around them. The primary focus is on knowledge and skills without dependence on stockpiling supplies and gear.

Many survivalists practice outdoor skills as a hobby for the enjoyment and fulfillment that comes with mastering skills. Survivalists tend to have a solid respect for mother nature and the environment and are conscious of how their interaction with nature impacts those resources long term.

After mastering basic skills such as fire starting, finding water, making natural cordage, and shelter building, survivalists may expand to skills to include hunting, trapping, making utensils and tools from clay or rock, tanning hides to make clothing, carving antlers or bone into tools, identifying and foraging for wild and medicinal edibles, etc.

Survivalists who have mastered the skills to live in the wilderness by relying on the natural resources around them are better able to get and stay mobile when called for in a crisis. Expert survivalists have no need to worry about carrying all their gear and supplies with them because they are practiced in using whatever nature may provide to create or secure what they need to survive. Expert survivalists are confident that they can find or make whatever they need using the natural resources available to them in whatever location they are in.

When it comes to survivalists and bushcraft experts, there is no end to those you can learn from. If you are looking for a survivalist to learn from make sure that you choose someone who has a wide breadth of actual wilderness experience for best results. A few survivalists you may have heard of include:

What is a Prepper?

A prepper is someone who prepares for a future crisis event by stockpiling gear and supplies to enable them to survive. Some preppers prepare for short term survival such as a power outage and others prep for events with long term impact such as EMPs, economic collapse, or a SHTF event.

Believe it or not, Noah was one of the early “preppers”, although the term wasn’t in use till much later. Noah believed there was a catastrophic event coming (40 days of rain) and he prepared specifically to survive that event.

Our ancestors who made use of root cellars and home canning techniques were a type of prepper. They prepared for winter each year by growing a garden, raising livestock, and storing the excess food for when it was needed. Most people who lived through WWI, WWII, the Cold War and the Great Depression were preppers out of necessity.

In fact, through the late 1970’s, preparedness was more of a national priority. During and following WWI and WWII, citizens were encouraged to grow victory gardens and nearly 40% of food was produced from gardens. The government encouraged food stockpiling and the building of home bunkers starting around the time of the Cold War.

Unwarranted negative stereotypes by media in the 1990’s drove many preppers into hiding. The numbers of preppers received huge boosts due to Y2K predictions and actual events such as 9/11, the Indian Ocean Tsunami, and Hurricane Katrina in the early 2000’s.

With the advancements in technology and increased popularity of platforms such as Facebook (2004), finding prepping knowledge and sharing of prepping skills became much more accessible. Conservative estimates number preppers at a minimum of four million people worldwide and in all likelihood the numbers are probably double that knowing that many preppers do so entirely in secret.

When it comes to preppers, the primary focus for many people who adopt this lifestyle is on secretly stockpiling gear and supplies that will sustain them through whatever crisis they believe is looming in the future.

Skills and knowledge are important but the primary focus is on being prepared with the supplies and skills to sustain them when a future disaster or SHTF event strikes. Some can be a prepper without having much more than the basic wilderness skills of fire starting and shelter building, although many preppers realize the value of having advanced wilderness skills in addition to their gear and stockpiled supplies.

The basic skills for preppers today overlap some with those of a survivalist and include things such as shelter building, fire starting, finding water and storing food. Where survivalists focus on using natural resources for these, preppers may focus more on having or carrying gear or tools to accomplish these basic tasks. Other basic skills critical to preppers include navigation, food storage, communication, first aid/medical, home and personal security, self defense and many more.

Because of the reliance on gear and supplies, many preppers have less ability to get and stay mobile than traditional survivalists. Most preppers know enough to plan for this need to become mobile and prepare a “bug out bag” or BOB which holds gear and supplies to help sustain them for up to 72 hours or longer.

When it comes to prepper experts, many refer to themselves as survivalists or they stay incognito by using a “prepper” website or network name rather than their own name. Prepping can have many more nuances to it, depending on political views, comfort/focus on firearms and security, and what event or events you are prepping for.

There are literally hundreds, possibly thousands of prepping websites, blogs, courses, and conferences. It’s important to find the ones that are the right fit for you personally. Some top prepper websites to learn from include:

When it comes to preppers versus survivalists, what’s the difference today? It’s actually much less defined I believe than it has been in the past. Survivalists have learned that while they can live off the land, it’s a ton of work and is much easier to accomplish long term if you carry some gear and supplies with you.

And many preppers have learned that total reliance on gear and supplies isn’t the most ideal plan if you must be mobile or if there are people who may confiscate your supplies. As a result the terms survivalist and prepper are even more interchangeable than ever before.

Degrees of Preppers and Survivalists

Today there are many more people who think of themselves as preppers even if their primary focus is on preparing to survive common and short term emergencies such as natural disasters, power outages, or job loss.

One type of prepper, sometimes called the “doomsday prepper” focuses on a specific event with longer term consequences that they feel will significantly alter life as we know it. Because of their firm belief in pending doom, these preppers often go to extreme measures when prepping, many times with an obsession on security and self defense.

Homesteaders are a type of prepper in that they live off their land with the goal of becoming self sufficient. Homesteaders focus on living off the land, preserving and storing the food they produce for later use, and they often supplement their income through crafts made on the homestead.

Many homesteaders are simply prepping for lean times rather than a specific event. I know many homesteaders who fish, hunt, and trap regularly and who are adding additional survivalist skills to their bag of tricks.

Hermits are another type of prepper in that they prefer to live in solitude. They live off the land and preserve food with a goal of reducing the need to go into town for supplies. Hermits by definition live alone, often for religious reasons, and prefer to avoid interaction with people.

In recent years, Prepping and Survivalism have overcome the negative connotation of exaggerated and dramatized reality shows like “Doomsday Preppers” and “Survivor” and thus more people are willing to adopt these terms for themselves.

In fact, today the terms survivalist and prepper are just two of the many categories on the spectrum of lifestyles. There are many different lifestyles on the spectrum such as minimalist living, subsistence living, homesteading, off grid living, tiny home living, and even RV living.

Are you more of a prepper or a survivalist? Or like most people today, are you part of one of the many other lifestyles that combine some of each? Let us know in the comments below. We’d love to hear what you think.

10 thoughts on “Preppers versus Survivalists: What’s the Difference?”