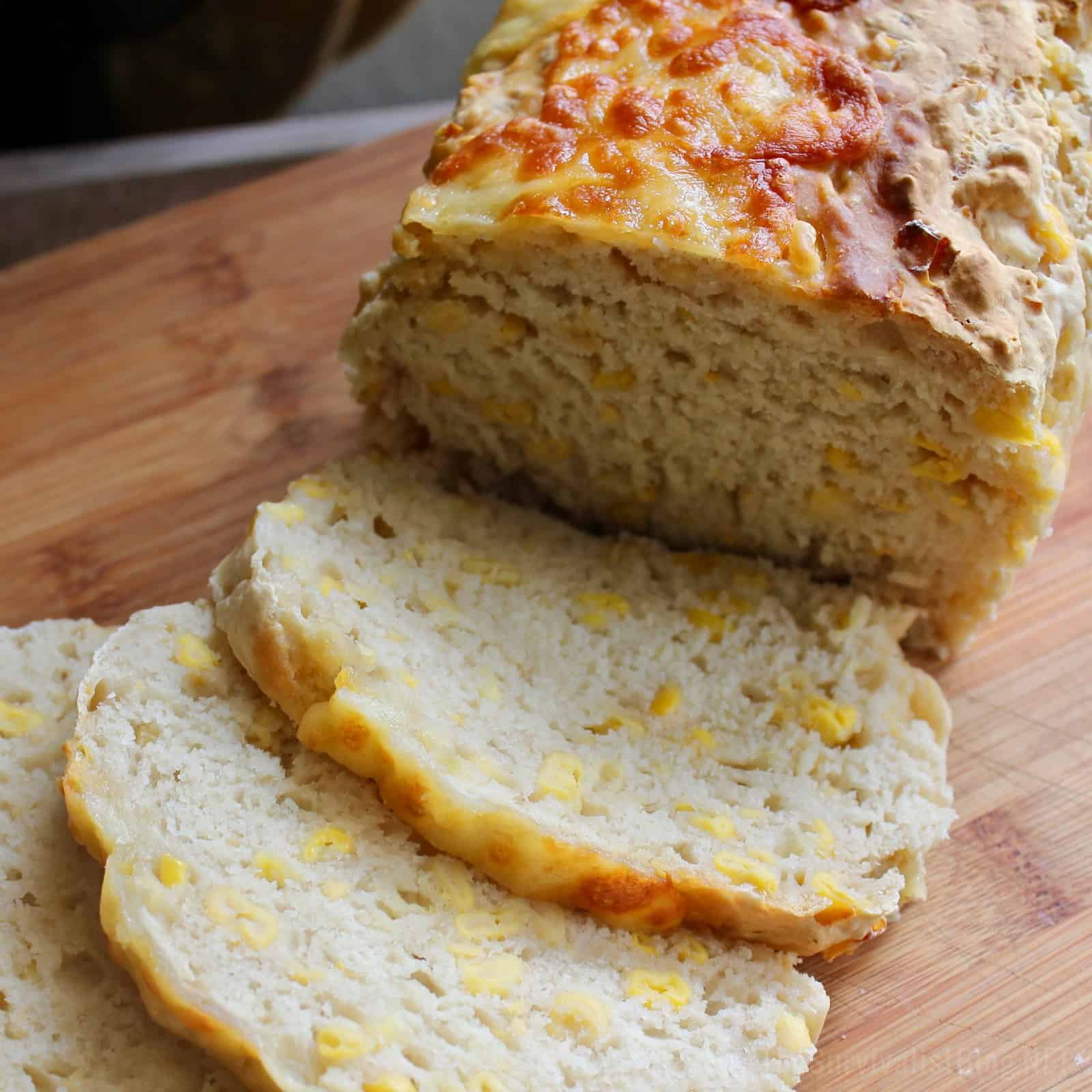 The hardest part about this recipe is getting a man to part with a can of beer, but although the beer gives a good taste to the recipe, you can substitute with a can of soda water.

I’ve used this recipe many times over on camping trips and at home as an accompaniment to a barbeque. It’s so quick and easy as there is no fiddling around with yeast and finding a warm spot out of the wind for the dough to rise.

Just try finding a windless spot on a camping trip, and a spot where curious kids aren’t going to go poking their fingers into the rising dough.

As a family, we have camped a lot in places that require a couple of hours drive to the nearest shop for supplies – and then it’s usually a little place that only gets bread delivered once a week or so from a larger town.

A camping trip for three weeks with a family requires some forward planning as it is impossible to take enough bread to store in the gas-run camp freezer.

The freezer is usually reserved for bait, fish and meat – and who wants their bread mixed up with that smelly lot anyway. So, it comes down to taking along the dry ingredients to create bread on the go.

What you will need is a decent Dutch oven that you can use over the coals – forget the fancy enameled ones – a well-seasoned plain cast iron one is what you want, as you need to place it on a bed of coals and have around 12 to fifteen coals on the lip of the lid as well to ensure an even heat for baking.

The yeast in the beer helps with the rise as it creates carbon dioxide … giving the beer its bubbles. Don’t worry about the alcohol content as any alcohol evaporates with the heat as the bread bakes.

If you don’t want to use a beer, or were unsuccessful in getting the beer drinkers to part with one, you can use a can of carbonated water.

I usually make corn bread which involves 4 ingredients, because I put in salt. Mixing up the bread and getting it into the Dutch oven takes 5 minutes. Allow about an hour for baking.

Just remember to preheat the Dutch oven over the coals first. If baking at home use your usual bread tins.

I prefer to line the Dutch oven or bread tins with parchment paper as it makes for an easy clean up, although it is totally up to you. If you aren’t lining the loaf pan or Dutch oven, you will need to grease them.

When calculating the can of beer remember that the standard can of beer varies from country to country. In the US its 12 ounces or 355ml. You need 330ml of beer – the smallest standard can, but if you’re in a country that has the 355ml or 375ml standard cans the extra is the cook’s bonus. 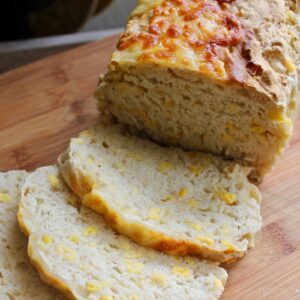 If you try to slice when it is really hot the loaf will tend to crumble, so let it cool a bit before slicing and serving, slathered with butter.

There are all sorts of delicious additions you can make to the basic recipes given here.

Chopped up parsley and oregano can be added to either of the recipes for a herbed bread.

Take it one step further and either sprinkle the top with grated cheddar cheese, or mix a cup of grated cheese into the bread dough just before putting into the loaf tin.

Fry up some bacon until it’s just turning crispy, then chop up and add to the dough.

Why not experiment with different flavors of beer and the ingredients? For example, a pale ale will go well with some raisins added to the mix. Serve with fresh maple syrup.