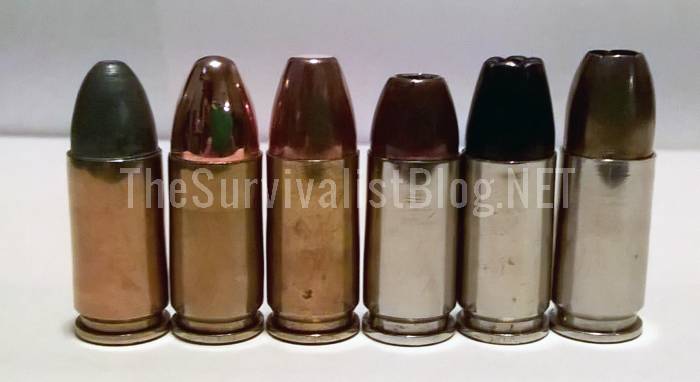 As of 2018, thanks to continuing research in wound ballistics and ongoing advancements in the fields of projectile science and manufacturing, the 9mm Parabellum is currently viewed by many professionals as the best all-purpose defense or service handgun cartridge for most applications.

The 9mm’s combination of low recoil, good terminal performance and greater capacity in the same size handguns than its peers affords more advantages for more shooters. After rigorous testing and examination of all bullet and shooter-performance metrics, the FBI, long one of the most dedicated professional agencies in evaluating firearms performance, decided back in 2014 to switch back to the 9mm.

The 9mm, contrary to popular opinion on the topic, has been the performance equal of both the popular .40 S&W and legendary .45 ACP in most scenarios since at least 2007-2008. This greater performance was made possible by advances in the design and construction of high quality expanding (hollow point) ammunition. The use of older, legacy hollow point and FMJ bullets will as a rule not yield the same effectiveness.

This article will detail some of the considerations and conclusions reached by modern scientific analysis of both wound ballistics scientists and the FBI that support the use of the 9mm as the current ideal service round, and will also provide a list of recommended cartridges for self-defense use.

When discussing caliber choice in a handgun, a simple answer is seldom easy for most folks to accept. Folklore, legend, casual recommendation and tradition influence a shooter’s choice of caliber far more often than analysis of testing data. The purported effectiveness of the .45 ACP among its fans is nothing short of mythical while the same people revile the 9mm, even today, as marginal or wimpy in comparison.

Consider also the fact that there is no ethical and repeatable method of testing bullet performance in a live human. This means that all reports of “live event” bullet failure, success and efficacy are by nature anecdotal, provided by those who participated in the shooting or witnessed it.

Enough anecdotal evidence can provide significant insight into bullet performance, but too often anecdotal accounts are not codified into usable data, being instead passed on orally and then passed around, with important details regarding shot placement, bullet behavior in the target, number of hits tallied and so on either completely unknown, omitted or altered until any valuable info is lost or degraded.

To better gather useful data on expected bullet performance, testing is accomplished in controlled laboratory testing by shooting a given load into specially calibrated ballistic gelatin. This gelatin is currently the best medium devised for measuring the penetration, cavitation and other behavior of a bullet in flesh. While not perfect, when precisely prepared and carefully implemented in testing it allows reliable collection of data, as well as a glimpse at what one can expect when a bullet is shot into a human.

Any serious laboratory or agency will conduct performance testing of projectiles using this gelatin, as the FBI’s Firearms Training Division has. Jugs or bottles of water or other fluids, novelty 3D torsos or heads, melons and other such targets do not offer any value in the testing of bullets unless one is after entertainment.

The FBI has determined that penetration is a crucial metric pertaining to handgun bullet performance, and has further determined that a bullet should penetrate ideally to a depth between 12 and 18 inches to ensure vital anatomy can be struck. If you consider the thickness of the human torso and think that figure seems excessive, remember that a bullet will need to reach vital organs in the body after possibly piercing glass, heavy clothing, or an intervening limb. A shot at an extremely oblique angle will also have farther to travel in the body to strike critical targets.

A bullet of sufficient mass and velocity will reliably achieve this level of penetration. A bullet that maintains its mass instead of shedding it before or after striking the target will attain the desired depth more reliably than one that breaks up or fragments either incidentally or by design.

The other major factor for measuring handgun bullet performance is permanent cavitation, or the wound track. In laymen’s terms, the bullet hole; the tissue physically destroyed by the bullet’s passage. A larger wound track, achievable through a bullet that expands, increasing its frontal surface, or by using a larger caliber is more desirable than one that is smaller.

A wider wound track means more tissue permanently destroyed, and all things being equal more blood loss. Note here that FBI testing has seen a nearly identical level of overall performance among modern 9mm, .40 and .45 loads; the larger overall diameter of those rounds is insufficient with modern bullets to provide any significant performance increase.

Crucial but intangible factors that affect the outcome of the shooting pertain to the event itself: shot placement is of course king, as is the number of shots delivered and also the psychological state of the target, itself a combination of myriad influences. Here it bears the reminder that handguns, all handguns, are just not powerful, not when compared to a rifle or shotgun. Even the very best bullet placed perfectly does not guarantee the much desired instant stop.

The term “stopping power,” while exceedingly common in shooter vernacular, is all but useless in a serious discussion of bullet effectiveness as “stopping power” is not anything measureable. Oft cited terms like kinetic energy have no bearing on this discussion as no amount of it (in the context of bullet performance) has been seen to produce consistent results in a human target. “Stopping Power” may be used as colloquial shorthand to rate a given load’s effectiveness, but considering that bullet performance is only one piece of the puzzle when it comes to stopping an attacker as quickly as possible it still falls short due to the number of variables, mentioned above, present in an actual shooting.

Until some true quantum leap occurs in handgun technology or bullet composition, the most desirable characteristics in a handgun load are depth of penetration and permanent cavity. Once a load is selected that can reliably deliver this, good placement of multiple shots is what matters most when attempting to stop an assailant quickly.

Compared to its .40 and .45 competitors in similar size handguns, the 9mm offers several important benefits. The FBI studied data pertaining to agent performance and found their personnel to be more accurate and faster with the 9mm compared to the .40 S&W, and also that, in FBI guns, the 9mm was more reliable.

The 9mm allows greater capacity than either the .40 or .45 in the same size magazine. Before decrying this as leading to a spray-and-pray mentality, understand that most rounds fired in law enforcement encounters are misses; landing a hit, to say nothing of a good hit, under life-threatening stress is very difficult, put lightly. Add to this the fact that multiple hits will likely be required and there may be multiple assailants and you may decide capacity is important after all.

Recoil is less with a 9mm and this in turn yields quicker, easier recovery shot to shot and typically better accuracy. Say what you will about a lack of grit or standards among shooters, but the recoil of the .45 ACP and especially the .40 S&W are not conducive to the development of shooter skill. This is exacerbated in compact and subcompact handguns.

Cost is another factor, with 9mm being significantly cheaper than the .40 S&W and drastically less expensive than the .45 ACP. This allows greater training volume and frequency for the same cost, and both are important factors for maintenance of shooter skill.

Comparing the same platforms, the 9mm will inflict less wear and tear on the gun, necessitating less maintenance and parts replacement.  This is less a concern for individuals but is a major factor for agencies. When assessing the above advantages, considering that the FBI’s testing found no appreciable difference in bullet performance between the 9mm, .40 S&W and .45ACP, the trade-offs you incur with the larger calibers make no sense.

Based on testing conducted by the FBI and other professional wound ballisticians, including Dr. Gary K. Roberts, the following loads are all superb 9mm performers, each exhibiting ideal penetration, reliable performance through barriers like heavy clothing, good expansion and consistent weight retention characteristics. The loads are grouped by manufacturer, make, weight and bullet type.

These and any similarly performing rounds will be more than adequate for self-defense purposes, so long as you can do your part and place them effectively. Training and practice are still the order of the day, far more so than any particular bullet.

The modern 9mm represents the ideal combination of desirable traits for shooters seeking a defensive handgun. Coupled with modern bullets in high-quality cartridges, its performance is equal or superior to any of its competitors, and will likely remain so for the foreseeable future. 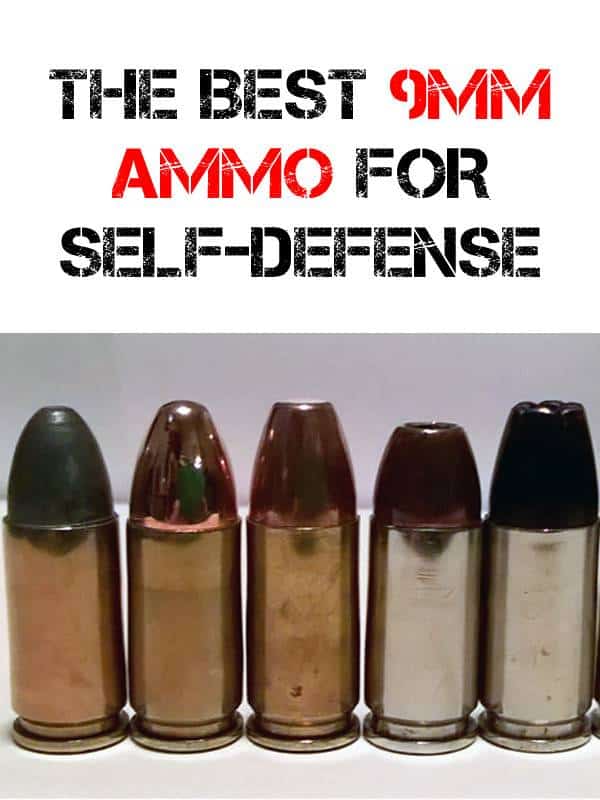 6 thoughts on “The Best 9mm Ammo for Self-Defense”