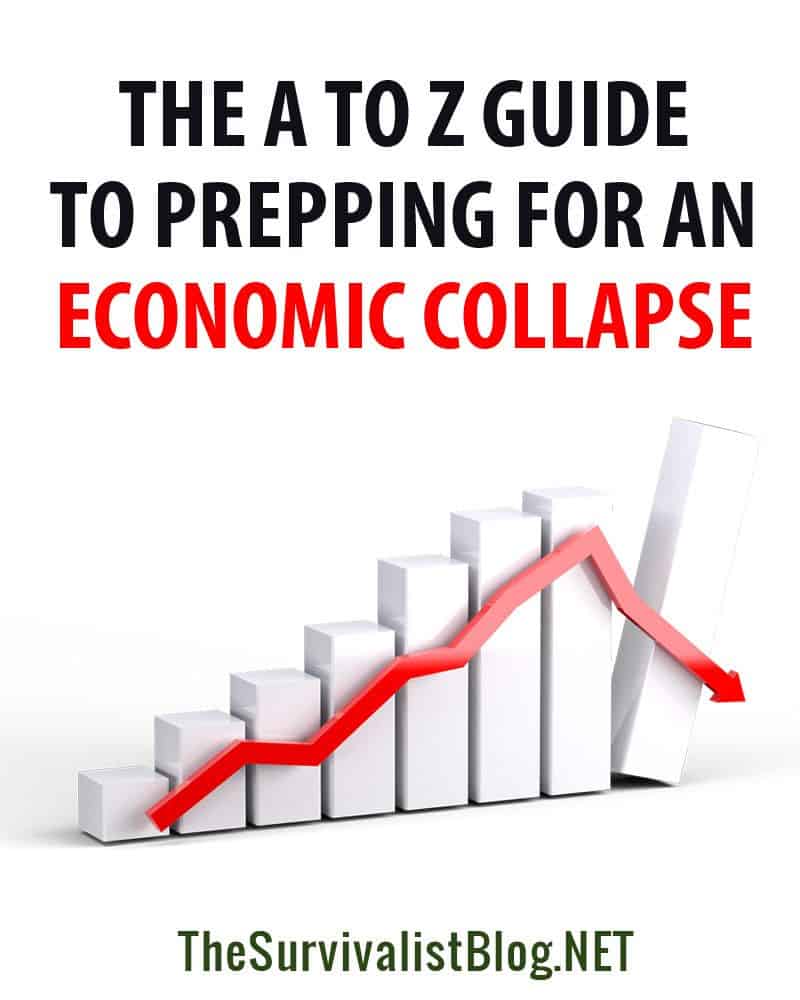 Band together with friends or family and make a plan to get fit and stay physically ready to do what is needed to survive. Prepare a comprehensive bug out bag in the event you need to leave home. Plant berry bushes which will produce fruit that can be canned or dehydrated to add to your food stockpile. Gather items to be used for bartering for items you may need and can’t produce.

Also consider stockpiling gold and silver pieces which almost certainly will become more useful than cash in an extended crisis. Home canning produce and meat can extend the shelf life of your food stockpile and reduce your dependence on refrigeration. Install a composting toilet to improve sanitation in the event public utilities are shutdown.

Establish an emergency fund with 3-6 months cash to cover expenses. This should be one of your first steps to preparing for an economic collapse. The first three steps of Dave Ramsey’s 7 Baby Steps are a great way to do this. EveryDollar is a free tool to assist you in creating and maintaining a budget to achieve your goals.