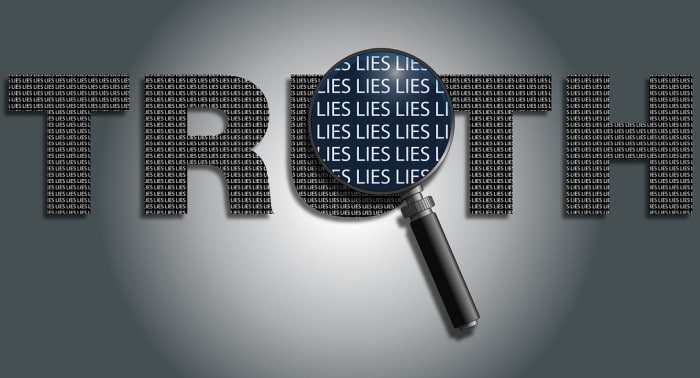 Unless you’ve been living under a rock for the last decade, you’ve probably heard a ton of news reports and people talking about Presidential executive orders, especially executive order 13603, signed by Barack Obama in 2012.

Before we talk specifically about EO 13603, let’s start from a common place of knowledge about what an executive order is, why it is used and how often it is used.

What Is an Executive Order-Is It Different Than a Law?

An executive order is issued directly by the President and becomes law without the need for approval of Congress. A normal “law” is required to go through a lengthy legislative journey, as well all know, which includes review and approval of Congress (both houses) prior to getting the presidential signature.

But executive orders are a way for a President to give their will force of law, without prior approval from Congress. If that DOESN’T scare the crap out of you, it probably should.

Rest assured though, our entire system is designed with checks and balances because no ONE person should be able to do whatever they want as the leader of a country, at least not in the U.S. We are not and will NEVER be a dictatorship!

But, It’s more than a little scary to know that there is a way for a President to bypass Congress or act without their prior approval—by using an executive order.

This can be even more worrisome when there’s a President in power who appears not to have citizens’ best interests at heart. It could definitely lead to chaos and disaster. This is why the signing of EO 13603 by Obama had so many people worried.

But although it certainly sounds like an executive order is a President’s way of doing whatever he wants, this is true only to an extent. While an executive order does not need the green flag from both Congressional bodies in advance, it can be struck down by Federal courts and Congress, but only if it is found to be beyond the scope of presidential authority.

This is mainly because our founders recognized there would be decisions the President would need to make quickly to carry out his duties, such as in times of war or emergency but they wanted to maintain the checks and balances.

“Executive orders can be used by the President to:

So, what’s the issue with EO 13603 signed by Obama in 2012? Why was there so much controversy over it? In many cases, it’s the language of executive order 13603 that created the most controversy. The language in the executive order encompasses control over a broad range of resources including:

But another of the main reasons is because executive orders are part of that inherent powers (get the job done) category of the President’s power, therefore it’s left up to the him to decide how strongly to enforce federal law. This means the President can use an executive order to choose which parts of a law to enforce.

Inherent powers typically rear their head in times of emergency, during those times when quick action is needed, and therefore a lengthy decision process isn’t practical or feasible. For example, only Congress has the authority to “declare war”, however because the President holds the powers of Commander in Chief, his inherent power means he can dictate where and when to send U.S. troops.

Even though, EO 13603 delegated authority to various departments and members of the Cabinet, it’s ultimately up to the President to determine to what extent the order is enforced. This made a lot of people, including most preppers regardless of political affiliation, terrified about how and when the President might decide to enforce control over essential resources like food, water, energy, etc.

Presidential executive orders have happened for as long as anyone can remember, however early ones weren’t even recorded. In fact, according to Wikipedia, it wasn’t until the start of the 20th century that the State Department began giving numbers to executive orders. But they began numbering retroactively, beginning with the EO “Establishing a Provisional Court in Louisiana” issued by Abraham Lincoln in 1862.

Initially, executive orders were few in number, less than nine were issued annually. The number of EOs issues per year nearly tripled under Abraham Lincoln ((1861-1865) while the Civil War raged, but was still just over 10 orders issued per year.

Franklin D. Roosevelt issued the highest number of EO’s, more than 300 per year during his presidential term. If you aren’t old enough to remember, his term was during World War II.

The next six presidents issued just over 60 executive orders per year, a number that rose to just over 75 per year under John F. Kennedy’s term and jumped to more than 80 per year under Jimmy Carter (perhaps related to the Vietnam War and post war unrest).

Okay, now we have a basis for what an executive order is, and can see that they actually have been issued quite frequently by just about every president in U.S. history. So, why exactly are people on either of the political divide, especially those in the prepping world, up in arms? To try and get to the bottom of it, let’s look at the real truth about executive order 13603.

“The National Defense Preparedness (NDP) executive order 13603” was signed in March of 2012 by President Barack Obama. Below are claims and fears from each side and a look at how EO 13603 came into being and just why it is so terrifying to so many people.

You can’t really understand EO 13603 without looking at related legislation such as The Defense Product Act of 1950 (DPA). This legislation is what allowed Truman to carry out his duties and basically force manufacturers to fulfill defense contracts during the war.

Below are some highlights as presented in the DPA documents:

“Confers upon the President a broad set of authorities to influence domestic industry in the interest of national defense.”

“First War Powers Act of 1941 which granted significant power to the President to reorganize the executive branch, enter contracts and pay on them, and to regulate trade with the enemy”.

Why was DPA upheld?

Congress determined that “the security of the United States is dependent on the ability of the domestic industrial base to supply materials and services for the national defense and to prepare for and respond to military conflicts, natural or man-caused disasters, or acts of terrorism within the United States.”

So, the real truth about executive order 13603 is that it could have likely resulted in a President who chose to enforce law by confiscating materials and resources from not only companies but private citizens.

The language of the EO leaves it open to interpretation as to whether or not private citizens could subjected to confiscation procedures. As the language stands now, it could be up to the President to determine the extent of enforcement.

While Republicans may be able to relax now that Obama is out and Trump is in office, we need to more clearly define some parts of EO 13603 to safeguard for the future. Trump could write a new executive order, amending parts of EO 13603 and making it more clear that private citizens would not be subject to confiscation of resources.

What did you think of EO 13603? What changes, if any, do you think should be made? Let us know in the comments below.

9 thoughts on “The Real Truth About Executive Order 13603”