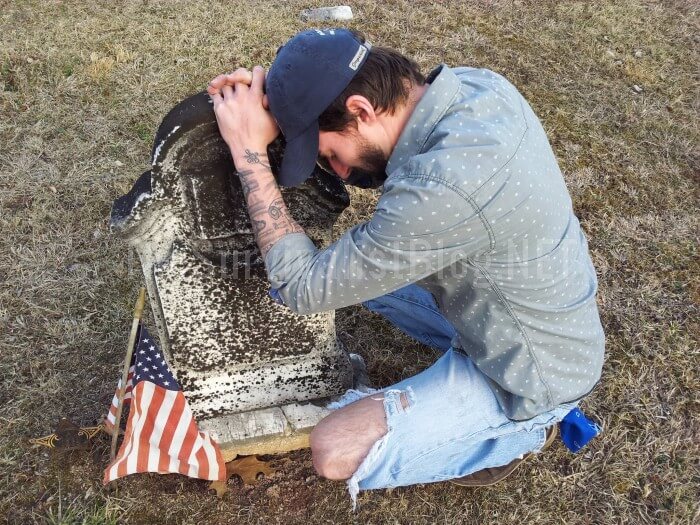 Memorial Day weekend is finally upon us. The unofficial start to summer is always filled with BBQs, gatherings of family and friends, adult beverages, and outdoor fun. While all of that is fine, “Decoration Day” as my grandmother always called it, should be about so much more than frollicking in the sun.

It has to be, if our republic has any hope of forever resembling the great nation our Founding Fathers outlined.

We find ourselves living in a time when wacko liberal presidential candidates are more concerned about illegal immigrants and removing Thomas Jefferson’s name from public spaces, than they are about respecting our Constitution, and taking care of the brave men and women who were willing to give the last full measure of devotion to protect all of us.

Every time I see a commercial for Wounded Warriors or a news segment noting Kid Rock has spearheaded another accessible home purchase for a disabled veteran on television, I seethe with anger. These wonderful groups should not need to exist.

No American veteran should have to worry about getting scrounging the money together to be outfitted for an electric wheelchair, physical therapy equipment, being able to get inside of their own bathroom…or homelessness.

They paid a debt in blood, emotional turmoil, and time away from their worried loved ones for all of us. Their bill has been paid in full. For far too many years, veterans suffered needlessly waiting for an appointment at a VA hospital – sometimes the open slot didn’t come in time.

Only now, under President Trump’s outspoken guidance, is the medical and mental health care for the bravest among us, beginning to improve. It is only public servants (and that’s what they are, folks, not ‘our leaders’ as television news pundits like to dub them) who do not love and respect the United States of America, who would say the budget simply does not have enough money to repay the debt we owe to the men and women in uniform both past and present.

Perhaps if we the people were not feeding, housing, providing medical care, clothing, and a providing an public education to hundreds of thousands to one million illegal immigrants and well-coached so-called asylum seekers on an annual basis, the coffers would be a lot fuller.

Memorial Day should not be a day for partisan politics, but flat out patriotism offered by each and every single American. But, liberals see patriotism as a dirty word – national pride as a dog whistle for racism,” and President Donald J. Trump as a fascist, when they themselves are the ones attempting to squash the free speech rights our heroic military has sworn to protect.

The Democrat Party has strayed so far from its roots that one of their most beloved Oval Office holders, John F. Kennedy, would no longer be welcomed into their political tent.

This is what Memorial Day observation still looks like in small towns and rural counties across America. Unfortunately not a year goes by that I do not correct someone for talking either during the Pledge of Allegiance or National Anthem – while the ages vary, they were all liberals there to watch their kids roll through the parade. Yes, I can state that with absolute certainty, it’s a very small town where everyone knowns everyone.

“Ask not what your country can do for you, but what you can do for your country”, harkens back to a time in America when the concept of personal responsibility was embraced by folks on both sides of the political aisle. The Democratic Party has devolved from the lofty and worthy goals outlined by President Kennedy into a party focused on giving all the “free stuff” they can to court votes.

The distinct differences and burgeoning divide between liberals and non-liberals will be at its most glaringly evident plateau this long holiday weekend.

In my hometown, children spend days decorating their bicycles and wagons in patriotic colors, mothers or grandmothers sew red, white, and blue costumes for their children to wear to the parade and while they sit upon shoulders of loved ones to hear the speeches – and wave
the flags they are given by the village in one hand while eating the complimentary ice cream sandwich in the other.

The simple and beautiful American of it all, combined with the playing of the National Anthem always makes my heart swell with pride and my eyes water.

This Memorial Day, when biting into a ballpark frank straight off the grill, I have no doubt that you, my fellow patriotic prepper, will be observing this 3-day weekend with the proper measure of reverence and respect.

Use this opportunity to plant the seeds for that same level of American pride and desire to honor those who served in the young people in your life. They are the future of this country – and it’s our job to ensure the America we grew up with is there for them to protect and preserve.