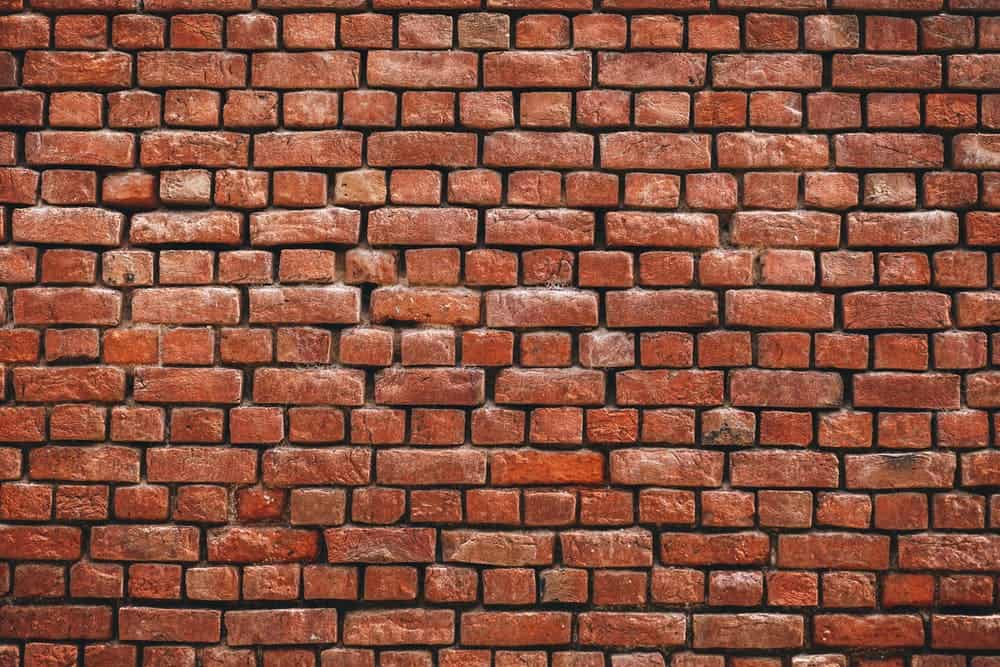 Hello Pack. Sorry my column has been absent, I have been swamped with a book Dan commissioned me to write about portable homesteading and caught a nasty bug my family kept passing around.

I am going to delve into preparedness from a political perspective this week, something you loyal followers often do from an intellectual and patriotic point of view in the comments section. What our public servants (yes, public servants and not ‘our leaders’ – Tucker Carlson you know better than to refer to DC politicians this way!) are doing or not doing in Washington has a drastic impact on the security and economic health of our great republic.

Alright, I have to insert a second pet peeve rant here. The United States of America is a republic and not a democracy. Hearing both the people we send to office and even the few real journalists left on news shows label our form of government incorrectly is maddening. It is no wonder far too many Americans think Hillary Clinton should have won the presidential race if they cannot grasp the difference between a republic and a democracy and understand why, in their infinite wisdom, our Founding Fathers established the electoral college.

Rant over, there are too many important national security and economic collapse concerns on my mind this morning to continue preaching to the choir.

I could type thousands of words and spend several hours rehashing them all, but we can boil them down to one simple fact: (ah, facts, wasn’t it so nice when that was what we got a dose of when watching the news instead of the opinions of talking heads and the furtherance of a biased political agendas?) If radical Islamic terrorists can train and thrive in their native harsh environments, how easy is it for them to make the same trek tens of thousands of children have, to get from one Central American country or another, to the United States and Mexico border?

Now, I will get to the meat of what irritated me so much while watching the news this morning – how an insecure border can bring about economic collapse. One of Nancy Pelosi’s minions was arguing with a talking head about how the American economy cannot survive without the cheap domestic and field labor offered by illegal immigrants.

The talking head did not call the minion out on how that labor would no longer be cheap if the $15 per hour minimum wage he also supported, came to pass. How a public – private partnership for college students and revamping of taxpayer funded government programs could allow the working poor the ability to get some on the job training and not lose the food stamp money they rely upon the in process, could fix this problem, is a lengthy topic for another article.

What the interview did not touch upon in any way is the same illegal immigrant and border refugee topic that is never, ever, discussed in any meaningful way with concrete facts – the financial burden absorbing millions of border crossers has on the American taxpayer. The Cloward and Piven strategy of overwhelming the system is unfolding right before our eyes, and being soundly ignored.

I am going to give you the actual facts, based upon the most up to date and reliable government statistics available, so you can do the math for yourself. Once you tally up all of the numbers, I would love to hear in the comments section just how long you think the unsustainable policies related to illegal immigration, an unsecure border, and the increased trend of claiming refugee status when crossing the border, will take to cause an economic collapse and quality of life decay of epic proportion.

By the government’s best estimate (these are only an estimate based upon requests for refugee status, captured illegal aliens at the border, and those individuals who filled out a census form and did so truthfully) there are approximately 12 million illegal immigrants living in the United States.

There are 100 shelters for unaccompanied children or illegal border crossing families in 14 states. The operation of those shelters is not free folks, it is all being paid for by you. At each of these shelters there is electricity, running water, probably air conditioning, medical care, food, and basic needs items like clothing, bedding, toys, etc.

Various charities donate to the shelter, but make no mistake about who is footing the bulk of the bill. Southwest Key Incorporated operates 26 illegal immigrant children’s shelters in California, Texas, and Arizona. Seventeen of those shelters are in Texas. The non-profit agency received $1.5 billion of American taxpayer money to operate the shelters over the course of the last decade, according to the Texas Health and Human Services Department records – Southwest Key Inc. is based in Austin.

Without a secure border the need for additional shelters will only grow. Do not fool yourself into thinking you do not live in a border state so this will not affect you. Every state in the union is now a border state.

My niece-in-law is a school teacher in Las Vegas. About 90 percent of her class can barely speak English – which is probably why the vast majority of school teachers do not send their own children to public school.

When I was the editor of our Ohio county’s newspaper and a new school building was being constructed, I went for several progress tours before it opened. The construction superintendent shook his head in great frustration during one of the tours after trying to communicate something about a lift fixture to a worker who did not speak any English. The work he was doing had been farmed out by the contractor with the winning bid.

Shame our local guys and gals who are skilled in the construction trade didn’t get a chance to help create the building their tax dollars were paying for and where their own children would attend.

Nancy and Chuck claim $5 billion is just too much money to spend on President Trump’s border security plan. Let’s take a look at the cost of caring for illegal immigrant children and families to see how those figures total up in comparison.

Illegal immigrant children, as well as those waiting for their family’s deportation and asylum hearings are being educated in public schools – or in some cases, at a shelter.

Public schools are funded by the taxpayers, whether the funding comes from property taxes, state funds, or federal funds. You do not have to be a property owner to accrue some of this expense, landlords incorporate their insurance and property tax expenses into the rent they charge.

Each public school district in America receives funding per pupil each school year. This is why some districts do not encourage students take advantage of earning college credit while still in high school, such programs include the cost of books – because a portion of the allotted local, state, and federal funds, follow the student to the college they enroll in.

The amount of funding schools are given on a per student basis varies not only by state, but by county because local funding is based upon property taxes.

Children from low-income families also receive free or reduced breakfast and lunch at public school. Illegal immigrant children and those awaiting status hearings, are eligible to enroll in these programs.

Whether or not illegal immigrants can garner access to food stamps and WIC is also a topic that often sparks heated debate. There is no way to know how many illegal immigrants with fake identification have applied and been granted access to these taxpayer funded programs. But, the rules of the programs are clear, all individuals with pending refugee or asylum claims can apply for such benefits with no wait period.

WIC program funding is broken down by state and region by the administering agency.

Nationally, a grand total of $5,888,688,170 was spent on WIC grants in our 50 states and territories. Now, a lot of this money went to help struggling Americans, but it would be impossible to believe some of it did not also provide aid to families that crossed the border illegally or made asylum claims when stopped by border patrol agents.

Especially since states that are at geographically border states, are among consistently spending the most to provide food and diapers for pregnant women and young children.

Illegal immigrants who are awaiting a decision on asylum or refugee status are eligible for HUD housing benefits. Households with at least one income qualifying non-citizen, meaning they have some type of temporary or permanent legal status to be in the United States, can apply for housing waivers.

It is against federal policy to use taxpayer funds to cover health care costs of illegal immigrants via either Obamacare or Medicaid, but the people who are crossing the border illegally or to claim asylum are still being treated for medical and mental health issues.

While I wish doctors worked for free (thanks to Obamacare our premium would be $1,200 a month with a $12,500 deductible, if we could still afford insurance – and few doctors that will accept it – including anyone we had ever been to before losing our quality and affordable insurance, but that rant is for another topic on another day) and medicine did not cost a dime, that just is not how the world works.

Uninsured illegal immigrants receive approximately $4.6 billion in health service at the federal level paid for by, you guessed it, the American taxpayer – according to a Forbes report. At the state level, another $2.8 billion on illegal immigrant health services is financed by hard-working Americans, according to the same report. Unfortunately, the tally does not end there.

The report goes on to note more than $6 billion more dollars used to cover the cost of illegal immigrant health services via federal subsidies, “cost-shifting,” and expenditures from employer tax exclusion. All together, the Forbes researchers who ran the available figures estimate We the People spend around $18.5 billion a year, on the health needs of illegal immigrants.

Politicians in Washington D.C. annually spend hundreds of millions of our dollars trying to help fix the problems that exist in countries that have the highest illegal immigrant populations claiming doing so will improve conditions there and thus curtail illegal immigration into the United States…it’s not working folks.

Grab a calculator and do the math. If you still think President Trump’s border security plan is too expensive, it is time to take a remedial arithmetic course at your local elementary school. You might find it difficult to once again fit in those tiny desks, but teachers in many states might be kind enough to bring you a more suitable desk, grateful that at least their newest pupil is a native English speaker.

Securing our border is both a national security and an economic security matter. This type of runaway spending is simply not sustainable and will ultimately lead to an economic collapse.

Americans cannot continue to absorb such a massive financial burden and keep our own lights on and our own kitchens stocked with groceries.

Save this article so the next time some career politician tries to convince you that paying more in taxes is your patriotic duty and oh so necessary, you can send it to him or her after you highlight a few places they are welcome to pull some money from…other than your pocket.

14 thoughts on “It’s Time We Do A Little Math, The Future Of America Is At Stake”