Hello fellow preppers. I has been a busy and surprisingly productive week here on our survival homesteading retreat. The surprise along the productivity front stems from tasks accomplished even though we got some rain – that of course generated even more mud, and had trouble with the tractor battery….again.

Our wood shed is now not only completely full, we have chunked up wood that is ready to be split, stockpiled on the side of the shed. The Farmer’s Almanac, which I trust far more than any weather guy or gal on television, says we are not in for such a bad winter this year. Last year was the first true winter we have had in years – and that suited me just fine.

I hate the cold – meaning any temperature below 75 to 80 degrees. Last year we went weeks upon weeks without hitting even 8 degrees. I do not want to have to use a pry bar to crack livestock water or the creek every half an hour so the animals can drink again this winter.

According to the Farmer’s Almanac, we are going to have a really wet winter with lots of snow and rain. It seems we just can’t escape the rain this year in my region of the Buckeye State. The temperatures this week have been in the 70s to 80s, almost hitting 90 once, so I was loving the extra gasp of summer.

The horrifically cold winter last year should have killed off the bugs far better than it actually did. Ticks were ridiculous this year. We would come indoors covered in multiple almost too tiny to see ticks on a regular basis. Thankfully, once my guineas were large enough to free range, they went right to work eating the nasty little things – guineas love ticks like kids loves ice cream.

Now that it is seasonably chilly (at least at night), spiders and snakes are starting to try to find their way inside our outbuildings and house. We currently have a “pet” snake in the butcher shop. A young ringneck I affectionately refer to as, “Bart,” has taken up residence in there.

My mother thinks I am nuts for not having Bobby kill lil’ Bart, but he isn’t doing any harm. I will relocate him when I get a chance to catch him – he slithers so quickly, but he can rid the storage room in the butcher shop of mice before I scoot him back to the great outdoors. I am thinking of building a snake house on the side of the butcher shop to deter mice – I loath mice like some folks do snake.

Once, a tribe member’s son came across a baby corn snake earlier this week and brought it in to show us. The grandkiddos had a lesson about native snakes, and finally worked up the nerve to touch the little guy after I did. Once they touched him once, they really became intrigued and wanted to know all about him.

Corn snakes are often mistaken as copperheads and killed. They are extremely docile snakes and love to devour mice and rats that can find their way into your barn, storage buildings, and livestock grain bins.

Close up of the Corn Snake:

Earlier this week, a Timber rattlesnake, one of the two venomous snakes in my region of the state, was found – at record length, in the next county over… about 15 miles away. I would shoot a rattlesnake on sight, they do not get second chances for relocation. Some, if not many, non-venomous snakes are capable of vibrating their tails in an effort to scare away a threat – this act gets a lot of them killed if they even somewhat closely resemble a rattlesnake.

Bobby killed a rat snake last year because it appeared to be rattling. Once it was dead, he saw upon closer investigation he had mistakenly killed a snake that is valuable to have around a farm. A tribe member almost killed a water snake because of how closely it resembled and behaved like a copperhead – the other venomous snake in my area. I am truly sorry about the unnecessary killing, but if I have to get within striking distance to determine the true heritage of the snake, it is always going to wind up being a dead snake. 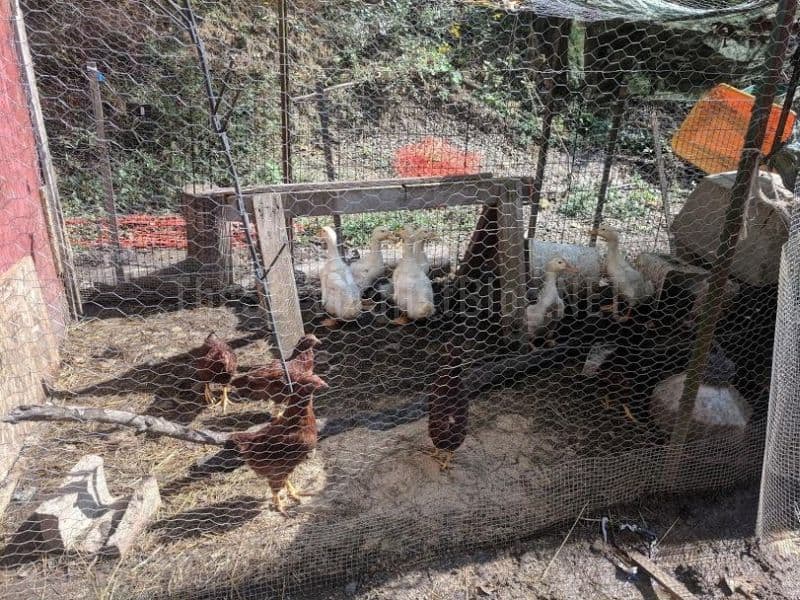 My Peking ducklings and Buckeye chickens are growing and healthy. I am looking forward to hatching Buckeye chicks in the spring. They are a heritage breed with dwindling numbers. They are both great meat and egg birds, avid forages, thrive in a free ranging environment, and consume bugs in large numbers.

The young flock is moving out of the starter outdoor brooder this weekend. They will get their first taste of free-ranging, and have the mansion of an enclosure to begin exploring.

We also spent a good portion of the week collecting nuts. It seems like we are going to have a bumper crop of acorns and hickory nuts this year, but fewer walnuts than normal. We had to cut down a Black Walnut tree over the summer because it was too close to our garden and hurting our tomato yield. I am going to make hickory syrup and hickory jelly once we are all done collecting the early fall bounty.

The home renovations using materials provided by our land, is coming along nicely. I am so glad we could reporpurse the 1800s era barn that had to be torn down because it became unstable. I love to be able to preserve history, create something unique from what others would deem junk, and save money on projects that can be put to far better use – like straight into our prepping budget.

Here is my upcycled barnwood and plywood microwave cabinet:

I am now off to a massive flea market that takes place three times a year a few counties over – Lucasville Trader Days. My daughter and the youngest grandkiddos are off to look for all kinds of bargains, including preps, and maybe even more livestock…but shhh, don’t tell Bobby I am driving the small livestock trailer on my own and looking for calves and goats, please.

1. Are you a flea market preps shopper? I so, what’s is your most awesome find?
2. How do you feel about snakes on your property?
3. Do you collect (or buy) nuts as a part of your preps? How do you use the?
4. And…how did you prep this week? 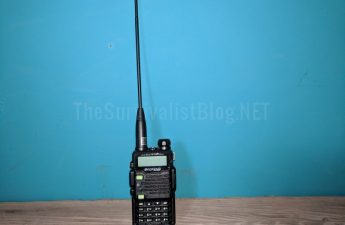 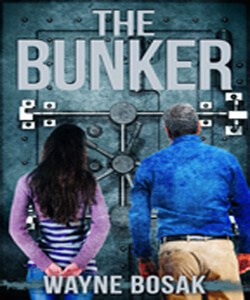