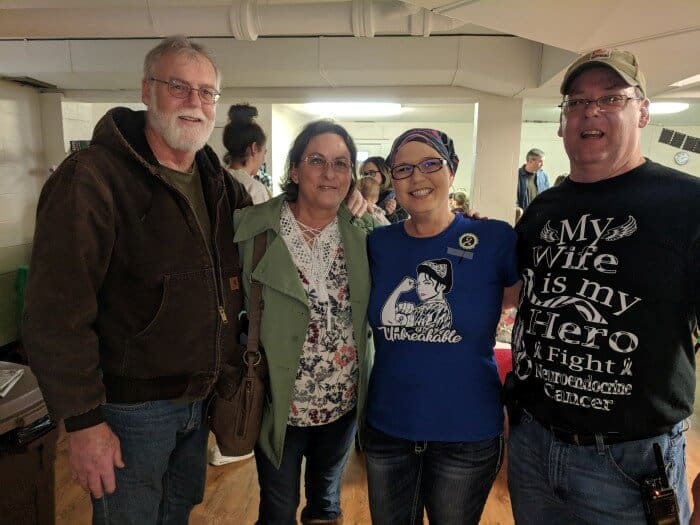 There has not been a whole lot of active prepping going on this week, Pack. We lost a member of our tribe after a fierce battle with a rare cancer. Missy was sweet, loving, hard-working, kind to others, always smiling, dedicated youth and community volunteer, a fellow FD wife, and taken far too soon.

The number of residents in our rural county that have attracted unusual cancers or more common cancers in specific geographic clusters is the highest in the state per capita, even though we have either the lowest or second lowest population.

There could be several reasons why cancer rates are so high here – all of which are topics the government really had never wanted to address.

There was a train wreck here in the 70s with toxic chemicals of some type that wrecked on its way to the uranium enrichment plant in Piketon. Four of the five men tasked with clean-up died quickly of cancer.

Exactly what was spilled and where it may have leached into, no one knows. There is no record of the train wreck even taking place outside of scant local media coverage.

The wind patterns from the Piketon plant could also have something to do with the clusters of cancers in both Vinton County and Meigs County, according to reports and statements given at the monthly cancer investigation committee meetings.

Perhaps the wind patterns from the Mead plant in Chillicothe of the sludge used after the vast amount of strip mining is the cause. I honestly have no clue. But the cancer death toll is outrageous here.

Some politicians blame it on all of the poor people who live here not knowing enough to take care of themselves and go to the doctor – especially since there is no hospital in the county.

Of course, the PC crowd didn’t refer to a large part of our population as poor, merely as “economically disadvantaged” or “at risk.”

The “at risk” moniker they toss around when discussing rural folks in poor areas always made me laugh. What exactly are we at risk for? Not being able to buy a $5 a cup of coffee from the anti-Second Amendment Starbucks?

Are we are risk for never having to sit in rush hour traffic, feeling the need to lock our doors at night, having a murder in our county, seeing chain restaurants take over mom and pop locally owned joints? Maybe they mean we are not at risk for dealing with hordes of panicked marauders when the SHTF. But, I digress.

There really has to be something here that is making so many people get cancer. People who have health insurance they can afford to us (I am not one of that lucky group, thanks to liberals and career politician Republicans with no balls) have paid sick leave, and are solidly in the middle class and do not drink, smoke, and are generally fit, are getting sick with this horrific disease nearly left and right.

The cancer my friend and cousin-in-law died of is extremely rare form of cancer. So rare, in fact, that about 10 to 15 people at most get it in the United States annually. How odd is it that 2 of the 10 to 15 people with this specific type of cancer this year live in my county of only about 13,000 people?

I grew up in an adjacent county and only moved here about 13 years ago. I knew only one person with cancer and she worked at our school but lived in a different county 45 miles away. The demographics of my hometown area and here are extremely similar, but the cancer rate is anything but.

I just do not understand why there are 8 women with breast cancer in one village who all live on the same block, 10 men with prostate cancer in another village who also live in the same block – these are but two of many examples of clusters of people with either identical cancers or rare cancers, living within a rock’s throw of each other. It just seems to me that the cause is most likely an environmental one.

So, my week has been filled with sorrow and ultimately, a loving send-off of a fellow tribe member. I hope your week was far better, fellow preppers.