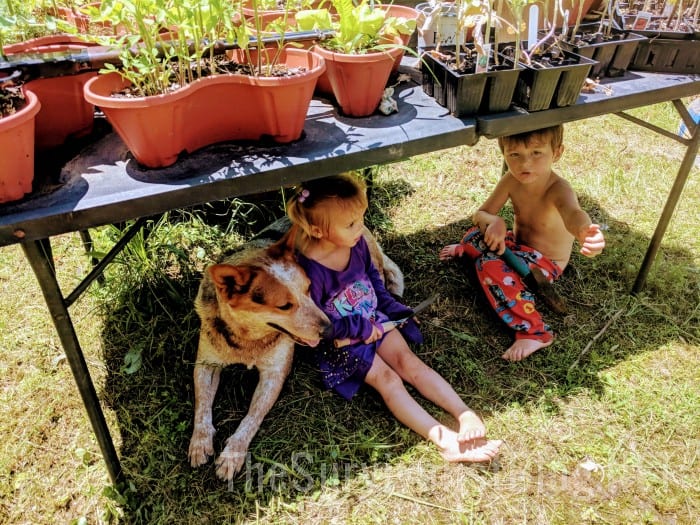 Hello Pack. True spring weather has finally arrived in our part of Ohio. There is no guarantee it will last long, but I’m going to make the most of it while it does.

Usually we do not trust the weather not to throw down one last hard frost until Memorial Day, but we went ahead and did more planting this week.

I hope that covering crops as we have done with our blooming fruit trees is not going to be in my future this weekend. The grandkiddos are fully involved with the food and medicine growing and preservation process. We are big advocates of the farm-to-table process.

I went to our county’s farmers market and purchased several more flats of lavender, one of chamomile, a mixed flat of other medicinal herbs, two more flats of various types of tomato plants, some more broccoli and lettuce.

A couple people were wearing masks at the farmers market, but they were elderly vendors. In the next county over where I am from and my mother still lives, folks adorned with masks and gloves are commonplace at the grocery store, but we don’t really see it much here.

We are just now finishing a little off grid project to bring power to our shelter house. My beloved bought a small solar panel so that we can run my awesome new bluetooth PA speaker and several laptops as well as charge phones from it – and add a homemade rustic chandelier to the shelter house.

The battery for the solar panel was placed inside of a plastic tool box and mounted to a support beam on the shelter house to keep kids – both of the two and four legged variety, out of it.

The whole setup was rather inexpensive, so Bobby is going to replicate the project at my cool old wood barn so I can have some lights down there.

Right now I have some cheap solar lights from the Dollar Tree duct taped in several spots, a battery powered lantern, and a few wall mounted solar motion detector lights.

These lights give me enough to see by if I have to run into the barn to grab something, but definitely not enough to help a nanny goat in distress while she is kidding at 2 a.m. or to mend a wound on a horse in the early a.m.

Soon it will be hay baling time again. We are working frantically against the weather to get every other outdoor project done now before we are spending multiple days raking, conditioning, baling, and putting up our glorious organically grown hay.