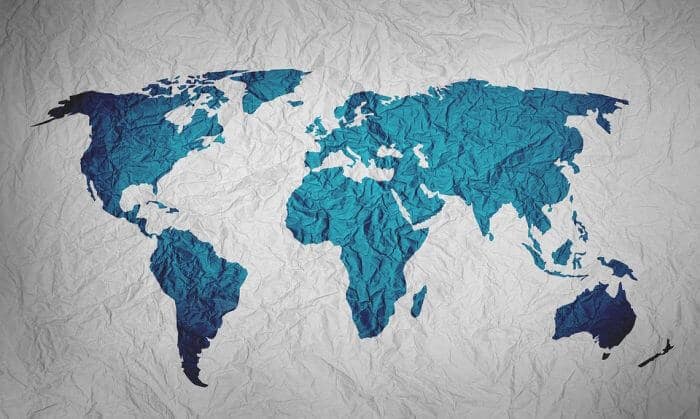 Prepping in the United States is definitely on the rise in recent years, but have you ever wondered if this increase holds true in other countries around the world?

In this article, we’ll give you a brief rundown on the current preparedness status of citizens in countries across the globe and how both individuals and government agencies are prepping for a variety of possible events such as:

Increased Russian military movements and activity has Sweden officials, like Johan Norberg, of the Swedish Defence Research Agency, concerned. Norberg’s research indicates a surge in Russian military exercises which he believes indicates Russia is preparing for a large scale war.

While Norberg doesn’t know exactly who Russia’s intended target might be, the proximity of Russia’s increased military activity to Sweden is enough to convince Norberg and other Swedish officials that Sweden could be vulnerable in the event of large scale war.

In 2018, the Swedish government sent out a detailed pamphlet to every single household. The pamphlet was called “If Crisis or War Comes“ and it detailed what citizens should prepare for in the event of a crisis or war.

The government of Sweden, in response to near disaster in 2010, is once again preparing its citizens for “total defense”, which means readying the entire society to prepare for a time of heightened alert. Representatives from civil emergency agencies are in schools, preparing a cohort of students, those who have lived only in peace times, for crisis management in a time of war.

According to Swedish Minister for Defence, Peter Hultqvist, Sweden will remain an unallied nation but will deepen cooperation with others and will invest in upgrading their national defense capabilities.

One of the steps Sweden has taken is to “reactivate conscription services”for both men and women in Sweden which was done effective January 1, of 2018. Between 2013 and 2017, Sweden became one of the societies least reliant on cash, with less than 20% of all payments taking place in cash and as much as 80% of retail commerce transactions using card payment.

But the Swedish Civil Contingencies Agency, on behalf of the Swedish government, is now advising citizens to stockpile “small amounts of cash in small denominations” in the event of an emergency from natural disasters to war.

According to a Statistics Canada report in 2015, an estimated 50% of Canadians were prepared with an alternative water source and only just over 20% had taken any other steps toward preparing for emergencies.

Public Safety Canada is primarily preparing its citizens for natural disasters or other emergencies. Here’s the three step preparedness plan they recommend:

Everyone prepare for 3 days of self-sufficiency (food, water, radio, cash, can opener, flashlight, etc.) There is more information on how the Government of Canada is recommending residents prepare here.

The site includes regional and provincial agency contacts as well as generalized “how to prepare” information for events such as severe storms, avalanches, pandemic, chemical releases, landslides, and more.

Economist, John Adams, other economists, and more recently politicians in Australia are preparing citizens for a looming global crash they believe will be caused by the artificial inflation of economies as a result of central banks using “quantitative easing” money printing policies.

The last time the Australian economy was in recession was more than 27 years ago. This means in Australia, residents under the age of 40 years old have never struggled through failing economic conditions. Most adults in Australia have no idea what’s coming.

According to this article in June 2018, the Reserve Bank indicated approximately 200,000 home loans in Australia, which were interest only, would roll over to principal plus interest payments. This would mean higher mortgage repayments of an estimated $7,000 annually for the typical loan recipient.

Australia’s unique geographic position also puts the country in a position to focus a lot of resources on humanitarian aid for multiple countries.

When it comes to the UK, the Brexit process has increased the number of people prepping. Theresa May is stepping down and the process of replacing her has begun and is anticipated to be completed in July.

There’s a Facebook Group called the 48% preppers who worked to publicize the message that a “no deal” Brexit, meaning the exit happens without a signed deal in place for trade and other details between the UK and the EU, could disrupt the supply chain and impact availability of food for families in the UK.

Just prior to the March Brexit deadline, Peter Ward, CEO of UK Warehousing Association (UKWA) indicated concerns are not unfounded. According to Peter Ward then, “the big risk is that 50% of food consumed in the UK is imported, 75% comes across continential Europe and a good portion of that food is produce that is not easily stored and any disruption in flow results in increased need for warehousing.

Even though the decision for the UK to exit the EU has been made, the details and timeline for how it comes about has several uncertainties. Some of the larger issues involve changes in the free movement of people, whether there will be a hard border in Ireland, how smoothly the transition will be and whether it can be completed in the time period initially agreed upon. The new hard deadline for Brexit is October 31st, 2019.

Although, from my research, it appears that officials intend to minimize disruption to daily life for residents, it’s clear that the possibility for food, medicine, and other shortages, not to mention the impact on the economy is a real threat, especially in the event of a “no deal” Brexit.

While a “no deal” Brexit seems less likely now than it did earlier this year, the possibility still exists that Brexit could happen without an agreement in place as to how trade and other details between the UK and EU will apply after Brexit.

The continued threat of a “no deal” Brexit it seems has pushed many people to relocate in anticipation since the vote to leave, and has fueled an increase in prepping.

A February 2019 polly by iTV news indicated that 20% of Britons were considering stockpiling and 5% had already begun and that was prior to the final Brexit decision in March.

Co-founder of Emergency Food Storage, one online retail company serving the UK and Ireland, even rebranded one of their kits, the “Brexit Box” and sold record numbers in January of 2019.

The “Brexit Box” contained 100 meals, consisting of tinned food, meat packets, fire-starting supplies, and water filters and sold for around £295.

China is the world’s 2nd biggest economic power and with current military activity, it seems war with the U.S. looms large. But in contrast to other countries, the food most people rely on in China currently only travels about 100 miles.

Eating locally means a break down in shipping/transport due to war won’t be a huge game changer for most families, like it would likely be in other countries, especially the United States.

Families in China are also used to more diversity in animals they will eat and they tend to eat or at least use, all parts of an animal. In addition, many citizens regularly walk, bike, or use natural gas powered CNG) scooters for transportation rather than relying on gasoline powered cars.

Many Chinese do not rely on A/C or heat for their houses and instead wear layers regularly in winter months and wear clothing made from actual bamboo in warmer temperatures to stay cool.

This could give some Chinese citizens a distinct advantage in dealing with any kind of extended power outage. The average citizen in China has also become accustomed to having to self-quarantine and take other precautions to protect against diseases such as SARS, bird flu, etc, which puts them in a unique position to respond to any kind of future bioterrorism incident.

In Hungary, a populated country of just under ten million, the government’s focus appears to be on energy resources. The upheaval between Russia and the Ukraine has greatly impacted central Europe and this has Hungarian officials scrambling to ensure the transit of Russian gas imports. In March 2019, the minister said “more than half of Russian gas imports arrive via the Ukraine.

Hungary has taken a very firm anti-migration position over the last several years. According to Hungarian FM Szijarto, Hungary wants to remain in control over who enters their country and who they live with. He feels the current Article 7 proceedings by the EU in regards to Hungary is in fact, a political attack on Hungary for their firm anti-migration stance.

Hungary is also committed to fighting terrorism, according to Szijarto, Hungary’s foreign minister. Following Easter Sunday attacks on several churches and hotels in Sri Lanka, which killed 200 and injured more than 400 others, Hungary called on the EU to enhance its support of Sri Lanka.

Hungary has committed its own resources, including a forint loan scheme and a credit line, to encourage cooperation between companies in both countries for infrastructure improvements and updating Sri Lanka’s court system. Justice Minister Laszlo Trocsanyi confirmed the Hungarian government does have contingency planning ready to maintain cooperation with London in the event of a no deal Brexit.

In many other countries around the world, the focus is on disaster risk management. This means the management and ideally, prevention, of risk to citizens during and following a natural disaster or other events.

Although the disasters these countries prepare for may differ, many governments are taking similar steps. I’ve included links to the specific plans for each country below:

It’s clear from my research that prepping in some form or another is on the rise, not just in the United States but in countries around the world.

Preppers, once thought to be nothing more than crazy, they are now touted as being practical, and are increasingly looked to as the gurus of preparedness.

As more and more people and governments across the globe increase their proactive approach to natural disasters and other looming catastrophic events, perhaps there is hope we can survive what the future holds.

What preparations are you making in your country for the future? Are you seeing an increase in preparedness at the local, state, or national level in your country? Share your first hand experiences in the comments below.