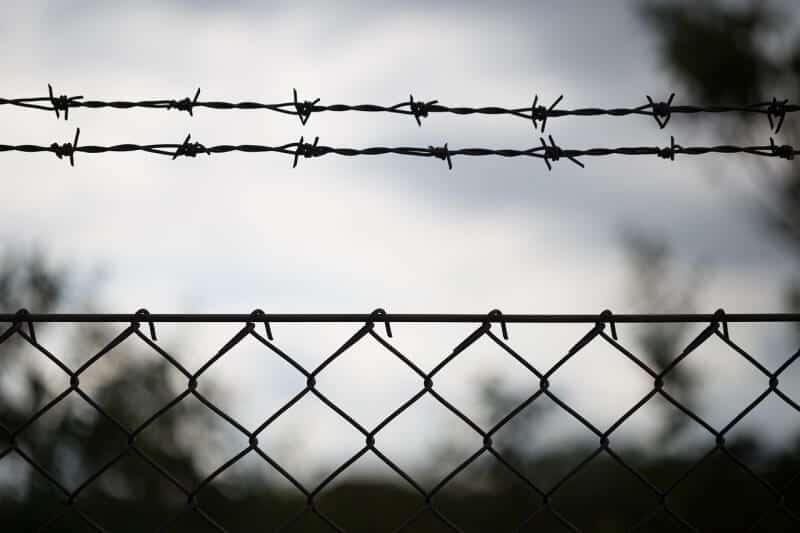 Experts will likely agree that the safest plan in an emergency situation is to shelter in place, in your home, until danger passes or help arrives. But we all know that there are some situations where staying put means certain death. In the event of a flood, wildfire, or volcano eruption for example, you may have no choice but to bug out.

We know bugging out is risky in itself and if you’ve been prepping for even a short time, you’ve read about ways to increase your odds of an incident free bug out trip. But, how do you make your bug out location safe for you and your family once you are able to get there?

No matter which location you choose for your BOL, you want to make sure that it is accessible by foot in a necessity (not blocked off by mountains, water, etc).

Your BOL will do you no good if you and your family cannot get to it if roads are blocked and the only way in on foot is to cross a raging river or mountain range. Your BOL should also be located far enough away from home to be out of danger but close enough that you can get to it on foot within a day or two.

When choosing a safe bug out location, consider the natural resources that will be available to you in a crisis. Renewable fresh water sources such as a spring, a well, year-round stream, creek, lake or pond are important to make sure you and your family have access to adequate water for drinking, garden irrigation, and watering livestock.

Prevalent wildlife for hunting and fishing will help ensure that you can feed your family for an extended period of time if you are cut off from grocery stores. Natural barriers to deter entry to your property such as rocky terrain, a steep hill or slope, thick or thorny undergrowth can help make sure intruders move on to another site or at least can’t sneak up on you.

The climate of the region where your BOL is located can also be very important to your ability to keep it safe. Unless you are extremely prepared for extreme weather, you’ll want to choose a bug out location that is in an agricultural region with little to no extreme weather conditions.

Choosing a moderate climate with a long growing season will help ensure that you can grow enough food to sustain your family during an extended crisis. Although there are some who choose climates with extreme weather deliberately to avoid hordes of people during a bug out, this should only be a strategy for the most experienced preppers and survivalists.

The best bug out locations are ones that are easily defendable in the event intruders do arrive. Look for a location that is on high ground or has a portion of the property on high ground. This gives you an advantage point for defensive purposes as it’s easier to see intruders approaching.

Avoid low spots or valleys which could be flooded or snowed under in bad weather and which allow intruders to have the high ground when attacking.

When possible, choose a bug out location in an area that can be blocked off from outside traffic. This could be a property on a dead-end road, a cult de sac neighborhood with only one or two entrance roads, or hilltop or mountain top property.

When planning your bug out location, you need to analyze potential threats in the surrounding area. Choose the location that is furthest away from potential threats to make it less likely your BOL will be compromised or attacked.

Intruders or looters can’t attack what they don’t know exists. Below are some ways you can keep your bug out location safe even before something happens:

If you don’t see or hear intruders until they reach your bunker or shelter, you’ve missed multiple opportunities to stop them. Most people use security cameras, game trail cameras or drones to keep an eye on the perimeter of their home in normal times.

But you will want to have a plan for perimeter patrols where family members or members of your group take rotating shifts patrolling the perimeter in person in times of crisis or potential attacks.

Make sure those who patrol know what to do if they hear or see something and that they have a way to not only defend against intruders but to quickly communicate trouble to others in the group.

Early warning systems are designed to alert you to the presence of intruders as they advance on your perimeter or even before they approach your property. These techniques provide you with more time to either escape, to mount your defense and to eliminate an intruder or threat before it gets to your home and family.

Firearms and Other Weapons

Experts recommend a minimum of four types of firearm for property defense including at least one pistol or sidearm per person, a shotgun either semi-automatic or pump action for those defending in close quarters, a semi-automatic rifle such as the AK-47, AR-15 or Ruger Mini and long range rifles to eliminate intruders before they reach your bunker or perimeter.

Keep at least 1,000 rounds of ammo for each firearm, five extra mags per pistol, and ten spare mags for each semi-auto rifle.

In the event your defensive measures fail to deter intruders or if they attempt to burn, smoke, or simply wait you out, you need to have an escape plan in place as your last “defense” to protect your family.

Plan for how you will escape your bug out shelter location and what you must have in order to start over in a new location. Some preppers have even purposefully setup survival outposts in the areas surrounding their home or bug out location.

Outposts are small, discreet shelters or areas where you can stockpile supplies and gear so if you needed to you could stay there while on an extended hunting trip or use it as a temporary base if your main location is under siege.

Outposts can also be created along your bug out route, think of them as pit stops where you can resupply as needed, rendezvous with other group members, etc.

The ideal exit plan would involve a discreet underground tunnel from inside the house to a covered location away from the house or even near an outpost outside your perimeter.

The key is to plan an escape that will go unnoticed by your attackers until you and your family are safely outside the perimeter.

If you cannot build an underground tunnel, use a combination of trenches, and natural cover to protect you and your family during your exit. Keep in mind you may have to leave your BOL with very little in order to go unnoticed or to escape fire or smoke.

Once you’ve successfully managed to escape your bug out shelter, make sure you have placed multiple hidden caches along your escape route or make use of outposts to store gear and supplies that you can use to start over in a new location.

How to Make Your Bug Out Campsite Safe

What if you do have to leave your home and it will take more than a day to reach your bug out location? How do you make your bug out campsite safe so that you can get some needed rest?

If you look at the ideas presented above for keeping a bug out location safe, you can use similar ideas or modified ones to keep your campsite safe.

Do you have a bug out location in the works? Which resources or features we described above does your BOL have? Are there any of these bug out location safety techniques you can put into place? Share your experiences and ideas below.

Since making your BOL safe takes planing, patience and time, why not pin this article to one of your Pinterest boards for later, so you can come back to it for new ideas to implement?

3 thoughts on “How to Make Your Bug Out Location Safe”