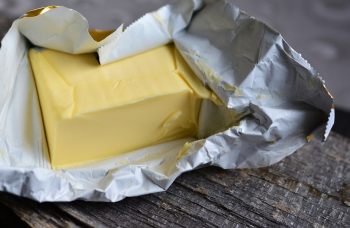 40% of store bought food in America is thrown out unused, according to the National Resources Defense Council. That is about $218 billion of food wasted every year. About ⅕th  of this is caused by 90% of Americans throwing food out prematurely, for fear of eating it after the safety dates.

Having a sound understanding of how little these dates really mean will improve your food consumption efficiency and save you money.

There are several reasons why bottled (or otherwise non-tap) water might have an expiration date. Bizarrely (though perhaps not surprisingly in this age of hyper-efficient capitalism) the first is efficiency.

Bottles are often manufactured, labeled and filled in the same plant as sodas and other canned or bottled drinks (which do need an expiration date), using the same machinery. To remove only one set of drinks (the water) for only one step of the process (the expiration date) and then reintroduce them into the production/distribution chain – all for the sake of not giving them an expiration date – would cost the manufacturer time and money. These expiration dates are also often printed as part of a longer series of information (like date of manufacture and product references) and so can help with tracking lost products or shipping cargo.

The fact that different drinks are manufactured together also means that tiny impurities can be introduced into the water, which would mean that it would need an expiration date (albeit probably one very far in the future). For the same reason, products which are sold under names like ‘flavoured water’ or ‘mineral water’ (and so are not actually just water) do really need an expiration date. These dates are generally assigned in a very arbitrary way though and any effects are likely to be minimal, so don’t worry too much about them.

Finally, most water is sold in plastic, and the cheapest, thinnest possible plastic at that (normally high-density polyethylene (HDPE) for water cooler jugs and polyethylene terephthalate (PET) for bottles). This means that if left for long enough (especially in the sun), the plastic will begin to leach chemicals into the water, similarly to the impurities from other drinks mentioned above. This will affect the taste of the water as well as causing possible health hazards. The effect of these chemicals will increase with time, so the water will in fact effectively ‘expire’.

The fact that the plastic is so thin and cheap also means it is very slightly porous, so over time unwanted odours and chemicals can seep in from outside, especially in highly polluted city environments. For these reasons, and because they are cheaper in the long run, lots of people have started using a permanent glass water bottle.

On the other hand! It is unlikely that drinking out of date water will actually do you much harm. The length of time before a serious effect is caused by plastic leaching or tiny impurities depends on so many variable factors that it is impossible to accurately estimate. This is especially true as bottled water as a product is moved around so much (you wouldn’t take a joint of pork to work and leave it on your desk, but you would a bottle of water) and used in so many different environments. It is likely to be a pretty long time though, and the effects are probably no worse than from river or rain water.

Food products will almost always have at least one of a sell-by, use-by or best-before date, though this isn’t required by law, so don’t worry if they don’t.

Use-by dates are mostly found on refrigerated goods and indicate the time by by which the food will have reached its peak quality, after which the quality falls rapidly (think of milk turning sour). This doesn’t necessarily mean it will make you sick if you eat it after the date, just that it probably won’t taste as good. On infant formula the use-by is a safety date, as required by law, and the product should not be used after the date.

Sell-by dates are for the use of shop floor workers in grocery stores, mostly on bread, dairy and meat (which deteriorate quickly on the shelf if left too long) to signal when to remove unsold food from the shelves. Logically, a grocery store will only want to sell food which can be consumed within a few days after its purchase, so they won’t keep food on the shelf to sell until it actually goes bad, but until a few days before. According to the Institute for Food Safety and Health at the Illinois Institute of Technology, “one-third of a product’s shelf-life remains after the Sell-By date”. Sell-by dates can be safely ignored for pretty much all consumption purposes.

Best-by/Best-before dates are a manufacturers estimate of when the product should be consumed by, often for things which go stale easily but are very unlikely to be harmful if consumed after the date (dried foods, chips, crackers etc.). They are not safety or purchase dates and can be safely ignored, your sense of smell and taste will generally tell you whether the food is worth keeping.

Of course all of this as to be entirely discounted if the food is frozen, dried, pickled or otherwise preserved after purchase, massively extending it’s shelf life.

From the Food Standard Inspection Agency of the US Department of Agriculture: “For meat, poultry, and egg products under the jurisdiction of the Food Safety and Inspection Service (FSIS), dates may be voluntarily applied provided they are labeled in a manner that is truthful and not misleading and in compliance with FSIS regulations” .

The key word here is voluntarily. In the United States, food product dates are not required at all by Federal Law (except for infant formula, because the nutrients become less potent over time). In fact, the FSIS recommends only using a best-if-used-by date on food, to reduce food waste.

Some state laws might be different though, especially for meat, fish and dairy goods. New Jersey was the first to pass a law requiring food dating, which is what caused companies to start doing it to all their products, though the law was later repealed.

Meat and fish can go off easily and are likely to have the worst effects if they do. It’s a good idea to stick to the dates on the packet (except sell-by dates). This is especially true of raw products (joints of uncooked meat, whole fish etc.). On the other hand, many processed or preserved meat products like smoked sausages and pâté can be kept for up to six months after the dates, if kept in the right conditions.

Expiration dates on milk, eggs and similar products are generally only quality dates. According to professor of Food Science Randy Worobo (speaking to PBS) the immediate effects on milk after the printed dates are “more of a sensory defect that we don’t like, but you’re not going to get sick on it”. Again, ‘your nose knows’ and it’s probably best practice just to do a smell or taste test and see if you think it’s ok to drink/eat. Eggs are generally safe to eat until about 3 weeks after the date on the package, if cooked all the way through.

Often these don’t even come with a date especially if bought loose from a market. The life depends mostly on two factors. The first is the natures nature of the produce: dense vegetables like carrots and potatoes will keep for months in the right conditions, but avocados, bananas and soft fruit will go bad much more quickly. Bananas are a good example of how ‘off’ food can actually be really useful, as slightly softer/browner banas tend to be a bit sweeter, so better as an ingredient in cooking. The second fator is storage conditions: a cool, dry pantry or fridge will keep food fresh mch longer than a basket in the sun, and of course freezing food will extend its life.

Condiments and Other Sealed Goods

This category might include things like mustard, ketchup, pickles, jam and jarred olives. Although these will almost certainly have a use-by, sell-by or best-before date, because they are sealed they should be fine until opened, because until then the vacuum seal will stop bacteria growing.

However, such goods are also likely to have instructions regarding storage and use after opening (like keeping refrigerated or consuming within three days of opening) and often have a ‘safety button’ lid. These are very important as goods like this often go off relatively quickly after being opened.

To sum up, most food expiration date labels (excepting infant formula and meat) are essentially arbitrary and can be safely ignored, with reference for common sense and taste tests, and most serious hazards can be easily avoided by proper storage and preventative measures.

If after reading this you still have questions, you might want to have a look Still Tasty, a great website which gives you estimated shelf life and storage advice for any product you type in. The Food Safety Inspections Service website is also very useful, and is part of the US Department of Agriculture who provide a helpful app with similar functions. 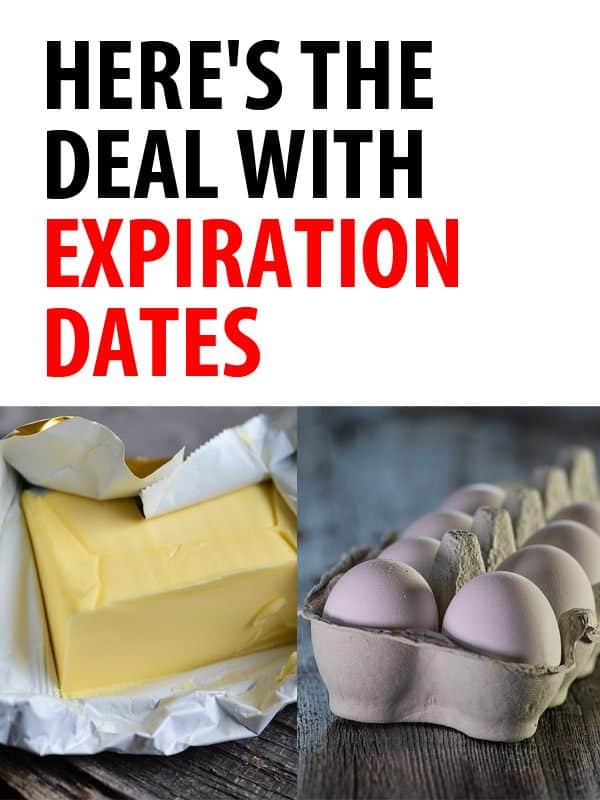 This is a research-based article written by a non-expert. To the best of the knowledge of the author and publisher, all information given here is true, but may in fact be wrong, incomplete, uncontextualized or open to misinterpretation and cannot be guaranteed in any way. Neither the author nor thesurvivalistblog.net shall be held responsible for any side effects as a direct or indirect result of using the advice in this article.

Nick O’Low first went camping at six, lit his first fire by seven, and
learnt to throw knives at eleven. He made his first knife from a kit he
was given for his thirteenth birthday, and by fourteen was making solo
overnight trips, and learning to read the stars. Despite an extensive
experience of the more practical aspects of bushcraft, his current
interest lie in the philosophical and theoretical aspects of navigation,
harmony with one’s environment and learning to truly live, wherever you
might find yourself.

1 thought on “Here’s the Deal with Expiration Dates”