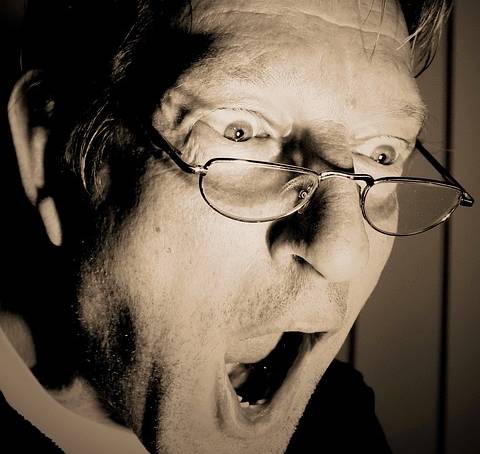 Let’s face it: survival is a very complex issue. It’s not hard to start prepping, but it’s easy to make mistakes, particularly if you’re a newbie. You are obviously going to make mistakes, but that’s a good thing. It means you’re actually putting things into practice.

The following piece will help you to avoid some of these mistakes. Since talk is cheap, let’s go ahead and see what they are.

Glass jars are reusable but canning lids are not. The dents and cracks that may occur after the first use means air could make its way inside the jars and compromise the food. This is why you should always use new lids every time you do some canning, regardless of the food you’re preserving.

Also, don’t forget that these lids may be hard to find post-collapse. You might want to stock up on them now why they’re dirt-cheap, since they’ll make a good bartering item.

#2. Not taking care of medical issues before SHTF

Things like a bad back, bad knees or cavities are going to be impossible to treat post-collapse. Instead of buying yet another piece of gear, why not make treating your medical issues a priority? You’ll not only feel better but you’ll also be in a much better position to survive whatever may come.

As we age, our bodies become less and less flexible and, sometimes, we’re unaware that our stamina is not what it used to be… so starting to work out just 2-3 times a week in addition to taking care of your medical issues is critical, particularly if you’ve been sedentary over the past few years or more.

#3. Not knowing that temperature variations can affect food

It’s not just high temperatures that affect shelf life, variations are bad too. If you live in a colder climate, for instance, and you keep some of your food inside your attic, you might get low temperatures most of the time and a few warmer ones during the summer. You should definitely find some other place to keep your stockpile, such as a ventilated basement.

The problem with snow is, it’s really cold. Because of this, your body will spend a great deal of energy to warm it up, something you don’t really need in a survival situation. Plus, it’s going to create discomfort and even health issues. Not the kind of problems you’ll want to have in a bug out situation, where every calorie counts. If you’ve eaten snow as a kid, you remember how weird it felt.

The simple solution is to warm it up first, and use a bandana or some other piece of cloth to purify it. In general, rain water and water coming from snow are safe to drink.

You should always keep a balance between your food and water stockpile. The reason is, you’ll survive much less without water than without food… What good is it to have a 6 months food stockpile if you only have water for 3 weeks?

Plus, water is cheaper to get, easier to store and you can easily rotate it.

We all know by now most people don’t care about prepping. Whether we like it or now, we’re in the minority.

Convincing other to prep is sometimes possible, but is it worth spending time and energy to do it? Sure, it’s good to have a group of likeminded people to talk to, of folks who can help you if things go down south… but taking someone from complete oblivion to commitment is not easy.

There are plenty of likeminded people on the internet, hanging on blogs like this one that can help out with advice or even meet with you in person if they live nearby.

#7. Focusing on bugging in

Most preppers expect to bug in in a survival situation and they may be right. After all, being out there, with no medical assistance, no law enforcement and limited supplies isn’t going to be easy, but there’s more to the story.

I think one of the reasons folks prepare to “bug in” is because it’s easier that to prep for bugging out. They can focus more on gear and stockpiling and less on survival skills.

This is exactly why you should also focus on bugging out, because learning skills is tougher, yet much needed in survival situations.

Some of the most important bugging out skills include: fitness (walking, running, hiking etc.), navigation, starting a fire keeping it going, bartering, self-defense, camping, and cooking outdoors.

Unscented household bleach is great for water purification, but it only has a shelf life of about 6 months. Not nearly enough for stockpiling purposes. You could rotate it every 6 months and be able to use it post-collapse, but even when SHTF, you can only use it for the next 6 months or so.

Water purification tablets, on the other hand, have a shelf life of up to 5 year, they’re cheap and lightweight. Also, a personal water filter such as the LifeStraw can purify up to 1,000 liters of water and the Sawyer Mini can purify 100 times more, that’s 100,000 liters of water (or, roughly 26,400 gallons).

So before stockpiling bleach, consider the alternatives.

As a newbie, the moment you realize how unprepared you are, the first impulse is to buy everything. Only problem is, once you gain some experience from articles and books, you’re very likely to realize you either got the wrong stuff, that you could have gotten it cheaper somewhere else, and so on. Heck, you might even realize you’ve been prepping for things that have a small chance of hitting you!

If you just found out about survival, I urge you to resist the temptation of buying anything for now, and instead read as much as you can. The more you know, the less mistakes you’ll make.

One of the mistakes I made as a newbie was that I bought this huge BOB backpack. BOBs should be smaller than what I had gotten so they’re easier to carry. I didn’t know that at the time, so I bought something that’s better suited for an INCH bag.

One could write a book of survival mistakes alone but I hope these will get you thinking. What are the mistakes you’ve made along the years? Don’t be shy, let us know in the comments below, so we can all learn from each-other. 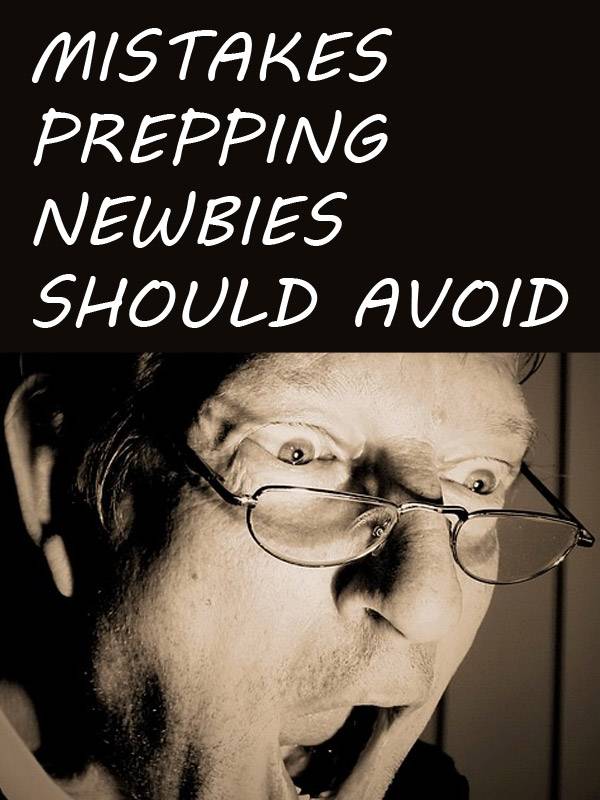