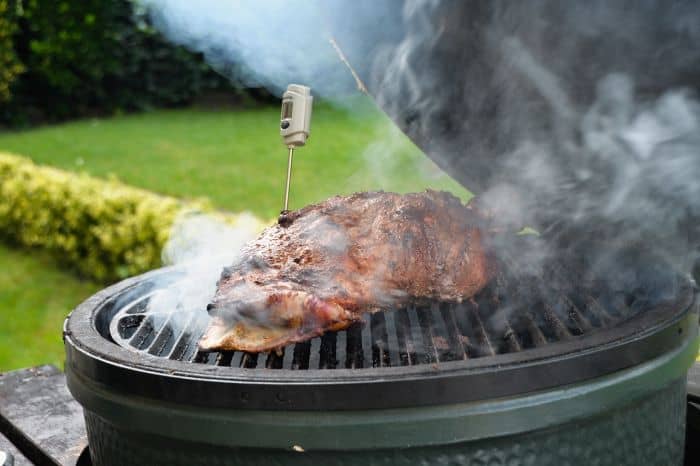 It doesn’t matter where in the world you are, if you’re into hunting or perhaps the lucky recipient of extra meat from a hunter, then preparation of a nutritious meal incorporating the hunter’s bounty, and items you may have grown in your survival garden is a great skill to master.

Types of game and the accompaniments may vary from region to region in the US. Not everyone is going to have access to moose and juniper berries, further south there will be plenty of alligators and you can use recipes that originate in Africa, substituting crocodile for alligator.

You never know when you may be in a different country, forced to flee from familiar hunting grounds, so reading through these recipes will give you an edge.

While most of the game recipes here are from what is considered wild game, some like crocodile, ostrich and reindeer can be farmed and sold commercially, so even if you haven’t gone out and shot the game yourself you can still benefit by trying out some of the recipes.

At least that way you’ll know what you like and what game is really worth taking home. However, in survival situations it’s often a case of taking what you can get. Ask any hunter, it’s not easy shooting for the pot!

Adapted from a Namibian recipe, that originally used crocodile meat, these skewers have a piri-piri marinade that gives them a pleasant bite.

For those who have never tasted crocodile, it’s really good having the taste of chicken but the texture of fresh grilled lobster. Alligator on the other hand is said to taste like quail, with a mild fish flavor.

This alligator stew combines the flavors of thyme, oregano, a splash of Tabasco sauce, onion and cayenne pepper among others, with celery, and bell peppers for a rich taste sensation. Served on crusty French baguettes it’s finger-licking good.

http://www.lacrawfish.com/showrecipe.aspx?recipe=joys-alligator-stew
Joy’s stew while rich in flavor is not as spicy as the Louisiana Creole Stew recipe, relying instead on the addition of tomatoes, mushrooms, green onions, bell peppers and Worcestershire sauce, as well as Crawfish Creole seasoning for an aromatic stew.

Comeback sauce is a Mississippi menu that one can compare to a Thousand Islands sauce – the creaminess offsetting the bite in the Cajun spicing for the alligator steak.

No they are burned – these steaks owe their color to the browning of the butter, dried chives, oregano and thyme as well as the black pepper used.

Wild boar is a good alternative to farmed pork, and these shanks are cooked until they ‘re falling-off-the-bone tender, and served on a bed of rice with cilantro.

Doing a wild boar shoulder in the slow cooker until it’s fall-apart tender then serving it on fresh baked buns, topped with caramelized onions and blue cheese makes for a mouth-watering meal.

Two points about bear meat. First, bear needs to be well cooked to prevent trichinosis, a parasitic disease which can have a serious, sometimes even lethal effect on humans.

Secondly, bear meat tastes like what the bear has been eating – a fall bear whose been eating berries is great – one that’s been dining on spring salmon could well taste fishy. Well-cooked bear meat is safe to eat and was very popular decades ago.

Bacon and red wine add flavor to this dish which is slow cooked to tender perfection.

These dumplings were traditionally taken along by Russians on their bear hunting expeditions. The recipe uses plenty of onions, and quite a bit of bacon.

Red potatoes, mushrooms and herbs add to the flavor of this bear stew that will have diners coming back for more.

For this French deer stew any deer meat can be substituted, and is a good way to use up left over roast venison.

Anyone who has eaten venison regularly know that it always tastes better the next day once the flavor has had time to develop. This recipe is rich with tomatoes, baby potatoes, mushrooms, bacon, red wine, and brandy.

Lemon juice and olive oil help to keep the meat tender. Venison steak, like beef steak, needs to be fairly rare. Overcook it, and it turns out tough.

The shoulder is a good cut, as it works well with slow cooking – combine with carrots, onions, tomatoes and celery.

Most venison recipes call for bacon or bacon fat to be added as venison is a lean meat, and the red wine helps soften the fibres of the meat which could otherwise end up a bit tough.

The juniper berries in this recipe provide a perfect contrast to the richness of the venison.

Use the meat from the hind legs for this recipe. Most of us have had the frustration of the vegetables spinning on the skewer when we turn them, but in this recipe the kebabs are made using double skewers, making them a lot easier to turn so they cook evenly.

The hotter peppers in the marinade can be substituted with milder ones if you are not into spicy food.

Elk steaks With Lemon and Garlic

Elk fits nicely into the gap between venison and beef – not as gamey as venison, leaner than beef, and it cooks quicker than most other meats. Lemon, soy sauce, ginger and garlic add a fresh bite of flavor to the meat.

Ground bison is given a Mexican twist with the spicing and black beans in an easy casserole dish.

Replace traditional beef with ground bison meat, and you’ll never look back after trying this burger.

This one-pot dinner can be put together quickly and allows for substitution depending on what you have in your store-cupboard or from the survival garden. Bison has more protein than beef and less cholesterol.

Moose meat, bacon, black beans, smoked provolone cheese, and asparagus …. This skillet dish is one to try – who knows it could become a go-to favorite when a hunter comes home with moose.

Moose is quite gamey, and needs the addition of bacon to balance the taste.

This is just what is says – moose and rabbit sautéed in pork fat, then a flour and butter roux to add to the meat and all surrounded by a homemade pie crust.

Other than salt no other condiments or vegetables are used, allowing the flavor of the meat to predominate.

The rabbit is first cooked until tender in white wine and herbs, then removed and crumbed before being fried.

A prepper recipe, this rabbit pie uses whatever has been snared – a rabbit or two. If only one rabbit is used, then the veggies stretch the meat content.

Just one crow is needed to make a tasty crow pie. Hard-boiled eggs are placed on the pastry base followed by the tender crow meat and gravy, before being sealed with the pie top and baked to golden perfection.

The writer of this recipe refers to squirrels as ‘wily tree ninjas’, but if you manage to bag a couple of them, they will contribute to this stew which also includes some smoked sausage.

This is one of those recipes that you serve up without telling people what it is – especially those who are squeamish about eating cute little squirrels.

Across the Scandinavian countries and Russia, reindeer is a popular meat, both farmed and wild. If you manage to source some reindeer meat perhaps don’t tell the children – “We’re eating Rudolph?” – it could scar them!

Raccoon population exploding around your homestead? Eat them! They apparently taste like pulled pork and this recipe explains how to prepare raccoon for grilling.

As with bear, it’s important to remove the scent glands. This video shows you how:

The rich and tender dark meat is enhanced by the slow cooking process, and the addition of French onion soup and cream of mushroom soup.

Raccoon was a staple food during the Great Depression. Just make sure the hunters bag raccoon from deep woods or country areas, not around town where they tend to feed of garbage.

One marmot soaked overnight in buttermilk, beer and garlic, forms the basis of this stew.

Roast guinea fowl on top of a bed of spinach and pears adds a different taste sensation to the dish. If you prefer to be more traditional mashed potato would go well with this dish.

This guinea fowl stew incorporates the spicy taste referred by many Africans where these birds roam around the grasslands.

Bonnet and red bell peppers, chili, ginger and garlic are included in the sauce. Go African and serve with a mashed yam porridge, or you can serve with rice.

Ostrich is a lean meat that does not taste gamey. It is similar in texture to a grilled steak, but needs to a little more seasoning than beef. Once you have tasted ostrich steak you may be hooked.

The marinade period for this is overnight and then a slow roast the next day for up to 4 hours to deliver a succulent leg roast.

Eland is a large antelope reaching between 881 to 2072lbs for the males and a bit less for females. The meat is similar to beef but leaner.

Seared in a hot pan then roasted this cut retains plenty of moisture for a perfect roast.

Crocodile tastes somewhere between chicken and lobster – a delicate soft meat when correctly cooked – don’t overcook or it becomes tough.

You can substitute alligator for this recipe, which is an easy 15 minutes of prep time, and 12 minutes of cook time. Lime, honey, ginger, brown sugar and chicken stock give the sauce a piquant taste.

Instead of the usual ground beef, kangaroo mince is added to this classic Italian dish.

Kangaroo steak is best medium rare, but marinading it first makes for a really tender steak. This recipe suggests roast beetroot salad, but you can substitute with whatever vegetables are available in your garden.

The kangaroo kofta made with mince and onion incorporate local pepperberries and warringal greens, but if these aren’t available there are substitutes.

Warringal greens seeds are readily available and should be planted in a survival garden as an alternative to spinach. They are native in Chile and Argentina as well as Australia and New Zealand.

Emu meat is lean like ostrich meat and shrinks very little when cooked, unlike beef. You do not need to add the liquid smoke to the recipe if you prefer not to… it just adds that smoky taste.

This roundup of recipes is by no means exhaustive, but it should give you a good idea of where to start with your game meat if you feel you have been falling into a bit of a rut when preparing meals with the game brought home by the hunters.

Don’t be afraid to substitute meats – for example for the Springbok Roast, a Southern African dish, deer can be substituted for the springbok meat.

The basic method for cooking venison incorporates red wine and bacon across most stew recipes, so even more exotic game can be incorporated into venison meals.

If you have any other wild game recipes you enjoy, do let me know in the comments section.