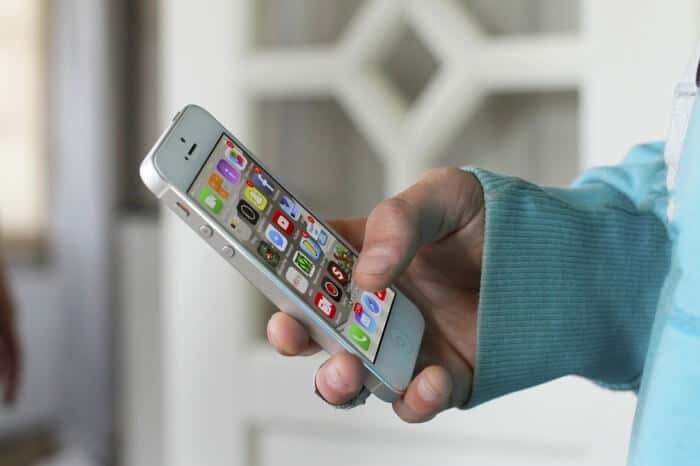 Nowadays, everyone takes their phone everywhere. With the advent of smartphones including high speed internet, GPS and even thermal cameras, our phones can become much more than simple contact machines.

In each category in this article I have found the very best apps to improve your chances of survival in tough situations, and provide accurate, up to date information on the world around you.

OSmAnd is a highly capable map and navigation app. The app draws on a wealth of different data, using OpenStreetMap (an open source global mapping project) and wiki data together to provide as much information as possible, all of which is updated at least once a month.

The data is displayed in layers and options, which can be switched on and of depending on what you need. These include showing different road surface types, nautical data for sea or inland waterways, topographic features (altitude and hill shading), public foot- and bicycle-routes and public transport. For phones with less storage, it is also possible to choose to download only city street maps, as they requires much less space.

While a map alone is useful, of course navigational capability is very important too. OSmAnd can provide spoken direction, can plot routes including intermediate waypoints and conditions like avoiding certain road-types, and (when used online) announce up to date traffic warnings for your journey.

All in all, OSmAnd is a huge and feature-rich navigational resource, well worth the premium version.

Compared with traditional high end compasses, a compass app can offer all of the functionality at a fraction of the cost (or just for free), and are always visible in the dark. On the other hand, a mechanical compass will never run out of battery and can be easier to use with a map.

Of all the compass apps out there, Compass Eye has to be one of the best. A real time compass, the app overlays the bearing of any object on a real time view through the camera. It can be configured to use True or Magnetic North, and to adjust automatically for declination (sometimes called variation) based on its location.

In the viewfinder, the app can handle up to 8X digital zoom, display date, time and GPS and location, and can show red and green bearing lines, collision bearings and triangulation bearings. On top of all this, the app also includes a map view displaying your route and position. Admittedly some of these are fairly marine-specific features, but the app certainly has huge potential for anyone who spends time outdoors.

The app can even be coupled with the FLIR one to enable thermal imaging navigation.

Compass Eye is developed by Pocket Mariner, who also produce some other very clever seafaring apps. Perhaps not for everyone, but any sailing survivalists out there should definitely take a look.

Building on the success of its predecessor Starwalk, Starwalk 2 is a realtime stargazing app, which shows you the names and locations of all the celestial objects above you, even in daytime, as well as information about what they are. You can also look at different areas of the sky from your current position, and rewind or fast-forward time to see how objects move.

PocketGrib is a mobile reader for GRIB files, large raw weather data sets which are used in forecasting. Although complex to begin with, GRIB data is far more comprehensive and ultimately more useful than simpler forecasts you might see on the news (a free online source of GRIB data can be found at Weather Online) and is worth learning to interpret.

The app can animate the weather forecast, keep all information offline (if your phone has enough storage) and choose which factors you do or don’t want displayed.

Red Panic Button might just save your life one day. This app keeps a big red button on your phone’s screensaver (and can be linked to a similar function on most smartwatches too), to be pressed in a crisis situation. The app then sends a customisable SMS and/or email and/or tweet to everyone in the list of contacts you assign to it.

The message includes custom text along with your current location and address (as a google maps link), and in the IOS version can include ‘supplementary data’ (including local time when the readings were taken).

Under the ‘learn’ tab the Red Cross First Aid app delivers detailed information on injury treatment and basic medicine, set out under a system of different injury categories. Under the ‘emergency’ tab you will find detailed step-by-step instructions for what do in an emergency, and a big red button to call 911.

As well as the medical information, the app includes disaster preparedness tips and checklists, ad links to other Red Cross apps and resources.

CitizenAid’s slogan is ‘be prepared, not scared’, which sounds like a pretty good start. Designed by ex-combat medic Tim Hodgetts, the app is built to educate people about what to do in a major public crisis such as a terrorist attack.

The information is comprehensive, but delivered in simple, annotated illustrations, covering a wide range of possible scenarios (shootings, stabbings ,bombing, serious bleeding, breaks and burns). The app has been especially praised for it’s detailed coverage of communication with emergency services during calls, and then again when handing the patient over to the services. All of this is available offline, for free.

All smartphones now come with a timer built into the clock app. Although this is not really a recommendation, it is worth being aware that a timer can be incredibly useful in first aid.

Tourniquets need accurate timing to be effective, and the best thing do if someone has a fit is to time it (and of course ring an ambulance, but time it so the ambulance can be told how long they fit for).

Some say that morse code is outdated and useless, but it often remains the one mode of communication which will get through when nothing else can ad has been shown time and again to be crucial in survival situations.

Over time many different methods of teaching and learning Morse have been tried and tested, and the Koch method has always come out on top.

It works by teaching the student each letter as a ‘unit’ rather than teaching dots and dashes and then combining them (as other methods did) and uses no visualization techniques (which will slow you down in the long run).

As well as the app, you might want to supplement your learning with a similar website, and eventually even apply for an assessment to prove your skills.

Morse code translator apps can be great for practice and the flexibility of a smartphone means you can learn to use different types of key (using a ‘straight key’ to send Morse is a very different skill from an iambic paddle).

Of course if you are caught short, before having a chance to practice, you can always use a morse translator app.

M3 for Android can translate a typed message to morse and vice versa, and output 1-bit sound in real time. For some reason, IOS seems to have much better provision for morse translation.

Morse-It can translate from English to Morse and back again when given a text input, and can interpret and translate real sound morse entered through a microphone. The app also supports recording and exporting messages in morse, and has a premium version including prosigns and Q codes (morse abbreviations) and a high degree of personalisation.

Electronic Toolbox is a combination of spec-sheets and specialist calculators for electronic components and circuit structures (with formulae for reference), designed to stop you having to look up the same information for different components again and again.

At the time of writing there are at least 77 tools available, and more to come with each update. All features (except large datasheets) are available offline and updated ‘over the air’. It even includes a specialist keyboard for easier entry of SI units and hexadecimal values.

For large planned projects, the app can collate all the information, formulae, reference and calculations you will need into one ‘project’, which can then export part lists and circuit diagrams to icloud and dropbox.

RF-Toolbox is a similar app for radio HAMs and engineers, by the same developer.

The incredibly popular SAS Survival Guide written by John ‘Lofty’ Wiseman is now available as an app, including the full text of the original book, photos of edible plants, a morse code signalling system, demonstrational videos of the skills covered, a solar compass, universal search to scan the book for relevant info and a survival quiz to test how much you have learned!

iNaturalist is an international community of naturalists and nature enthusiasts, who use the app to contribute observations of the natural world to create a constantly improving, real time map of sightings of different species of flora and fauna.

While this will help improve your awareness of the natural world around you, it also helps to identify plants, animals and fungi, and links to information about their properties and uses (for food, for medicine, or for anything else).

While not technically an app in itself, Cybertracker is a desktop software suite, specifically designed for building apps for tracking animals. This way, Cybertracker enables users to produce (with relative ease – Cybertracker does not require significant knowledge of programming) custom made apps specifically for their needs.

The apps which can be created are diverse (see here for a range which are publically available) and new features are being added all the time, but essentially Cybertracker lends itself to data collection apps for animal spoor, which can then manipulate, collate and find patterns in data in very useful ways.

Tying knots is an essential skill for survival., The Animated knots app is far and away the best app resource ou there for knots. The website by ‘grog’ has built up a solid reputation for having every knot you could possibly need, clearly explained with animated pictures and comments on its use. The app allows you to access all of this, all the time, offline. Well worth it.

Overall, mobile phones are perhaps not the best survival tools. They have limited battery life, small screens, and many of their functions rely on a cell connection. However! Making the best of potentially poor tools is what the survival mindset is all about, and these apps certainly won’t do you any harm.

Nick O’Low first went camping at six, lit his first fire by seven, and
learnt to throw knives at eleven. He made his first knife from a kit he
was given for his thirteenth birthday, and by fourteen was making solo
overnight trips, and learning to read the stars. Despite an extensive
experience of the more practical aspects of bushcraft, his current
interest lie in the philosophical and theoretical aspects of navigation,
harmony with one’s environment and learning to truly live, wherever you
might find yourself.

1 thought on “The Best of the Best Survival Apps”